Prosperity gospel preacher Paula White straddles the line between government service and private ministry with her position within Donald Trump‘s White House Faith and Opportunity Initiative, where she serves as a spiritual adviser. She also serves as chair to Trump’s unofficial Evangelical Advisory Board (since 2017). 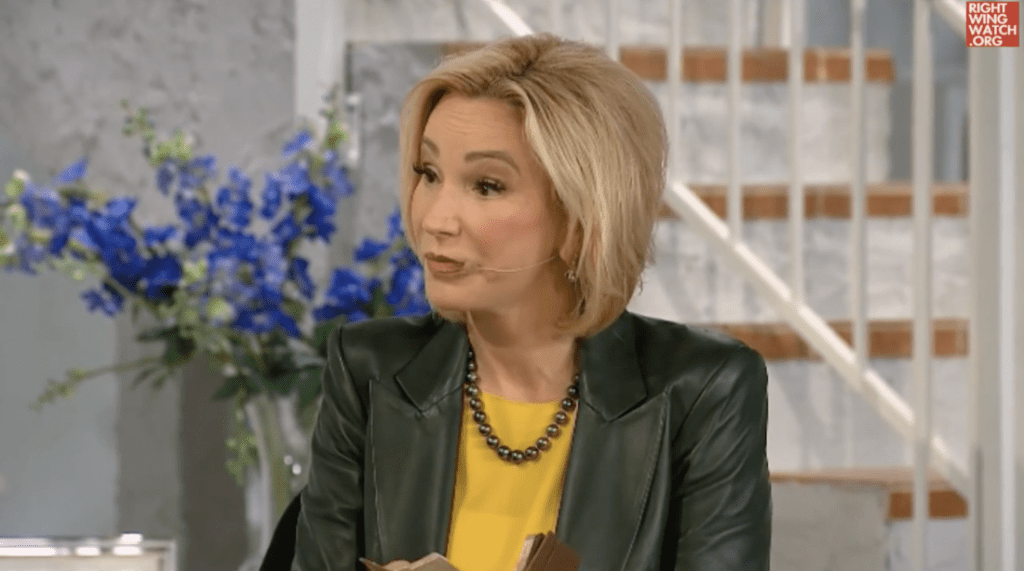 If her prior comments on “Satanic pregnancies” didn’t quite convince you that she’s in no position to advise anybody (let alone the President of the United States of America), just wait until you hear her latest bit of financial wisdom, offered up at a Supernatural Ministry School conference in Miami, Florida.

According to a new report on White published in Mother Jones, White advised an audience of Christians who want to prosper financially to send significant cash to church ministries, even at the expense of keeping their own lights on.

After all, she reasoned, paying God first means putting God first, whereas paying off your electric bill sets up something else — Florida Power and Light (FPL), in this case – in the place of primacy that should be dominated by God alone.

That’s basically treating your power utility like your God, she argued.

Instead of writing [that check] to the house of God as I’m instructed to, then what I’m saying spiritually is, “FPL, I have now established a spiritual law that put you first. So, FPL, save my family, FPL, deliver my drug addicted son. FPL, kill this cancer that doctors say is in my body.”

To be fair, you already know exactly what results to expect from your utility company — pay your bills and your home will have power — whereas God is a bit more of a wild card.

White leans hard on a concept she calls “First Fruits,” the idea of giving something major to God at the beginning of the year to set up conditions for later success. (In January of 2018, White asked followers to hand over their entire January salaries.)

The argument goes that it’s not really a show of true faith to give of one’s surplus after the necessities are handled; instead, you’re to make sure to give God his due regardless of how it cuts into your funds, to show that you trust him to pay you back with interest.

This is a very convenient argument to advance when a lot of people are going through tough economic times and your ministry runs on gifts from the faithful. It discourages drawing from an ever-dwindling surplus, keeping donations nice and plump. And if the payoff never arrives, well, what’s White got to do with that? It’s between God and the giver.

White is doing more than just discouraging the faithful from paying their bills, though: She’s also blurring the line between church and state, government business and private enterprise. Her ministry work brings evangelicals and prosperity preachers into the White House, influencing public policy. Then she can turn around and leverage her involvement in the corridors of power to bring prestige and legitimacy to her ministry work.

And on top of all that, since Trump holds power over the IRS, White is unlikely to have her non-profit status revoked for misusing her government work to bolster her private ministry, nor for using her ministry to agitate politically.

Investigator Pete Evans with the non-profit Trinity Foundation, which investigates televangelists and money-grubbing ministries to advocate for the people they swindle for their own gain, says this goes beyond merely fleecing the gullible as a cause for concern:

When religion and politics get mixed, that’s a huge red flag for us. It’s one of the prohibitions for non-profits. They’re not supposed to get involved in politics or they risk losing their non-profit status… When your boss is head of all government agencies, including the IRS, you’re not really risking anything [by mixing politics with ministry]. It really is a huge conflict of interest.

And yet, with all the political and economic power this position allows her to amass, she still wants to make sure the faithful in Florida toss the bulk of their money to her instead of paying for such incidentals as rent and utilities.

Who would Jesus fleece? 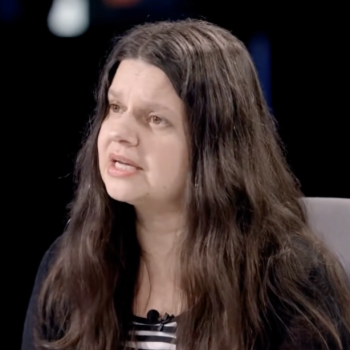