A Train in India Now Has a Reserved Seat for the Hindu God Shiva February 18, 2020 Hemant Mehta

Over the weekend, India’s third privately run train launched a service connecting a few of the nation’s holiest cities, including one connecting Varanasi (in the state of Uttar Pradesh) to Ujjain (in Madhya Pradesh).

And one of the seats on that train — specifically seat 64 in coach B5 — was reserved for the Hindu God Ganesh.

No one can sit there. It’s just a straight-up temple on a train, complete with idols and flowers. (It’s unclear if this is a permanent temple.)

Varanasi: Seat number 64 of coach B5 in Kashi Mahakal Express (Varanasi-Indore) has been turned into a mini-temple of Lord Shiva. The train was flagged off by Prime Minister Narendra Modi via video conferencing yesterday. pic.twitter.com/X5rO4Ftbl6

Considering Prime Minister Narendra Modi helped celebrate the train’s launch, there are questions about why a secular nation is blessing a religious gesture. But even if this is a private train, it raises a number of other legitimate concerns.

For example, can menstruating women ride that train? Normally, they wouldn’t be allowed in a Hindu temple.

Do you have to remove your shoes on the train? That’s what you’d do in a temple… but a public train is a place where you’d most definitely want shoes.

Will incense be allowed on the train? Fire is typically a hard no on any kind of transportation.

Why Shiva and not any other prominent Hindu deity? Will this train be cleaner as a result? Why didn’t Shiva get the best seat on the train? If the train is late, will that be considered a form of sacrilege?

Who knows. But the fact that a train is dedicating a seat to a God instead of using it for passengers is absurd even if it’s legal and even if it’s temporary. 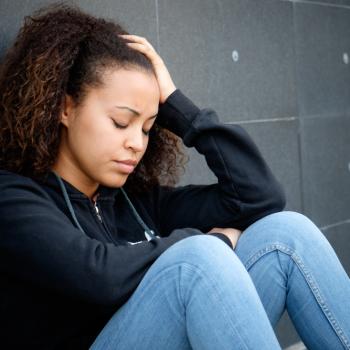 February 18, 2020
Christian Ministry to Girls: Stop Loving Yourselves Because "You Aren’t Enough"
Next Post