Baylor University recently invited storyteller and poet Kaitlin Curtice to speak during the religious school’s required Chapel program this past week. She’s a Native American and Christian who frequently speaks about oppression.

But her speech became controversial when she offered a prayer to “Mother Mystery.” She referred to it as a way to honor the land they built upon.

That upset a lot of students who can’t handle any sort of “prayer” that isn’t made directly to their personal God.

“There’s a lot of people really mad. A lot of alumni are pretty mad. I mean, she didn’t pray to God and that’s what’s most offensive,” said Jake Neidert with the Baylor Young Conservatives of Texas.

“She began prayer in the service in the name of Mother Mystery and I looked up, you know, and looked around and there’s 12-hundred freshmen bowing their heads to this thing that’s not God,” Neidert said.

You can see in the video that Curtice even tells students that if they don’t want to think about what she’s saying as a “prayer,” they can just think of it as a poem.

Imagine the arrogance it takes — even at a Christian university — to get angry at someone for showing respect for nature. Even if her wording suggested a reverence for nature, students were still free to pray to whatever God they chose. Not everything has to be about you, even at a Christian prayer service.

Baylor itself caved to the pressure, sending a letter to parents saying Curtice essentially went off-script. Don’t blame them! It wasn’t their fault! There’s no indication they said anything to students that amounted to “It’s okay. It’s not the end of the world. You’ll make it through.”

Curtice didn’t respond to a request for comment from a local news station, but she also doesn’t have to say anything. She did nothing wrong. She spoke about exactly what she said she’d speak about. The problem is that living in a bubble isn’t enough for some Christians. They need another one to isolate themselves from ideas that might challenge their beliefs. 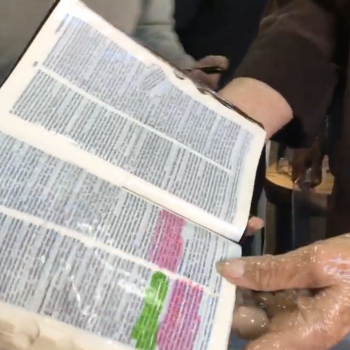 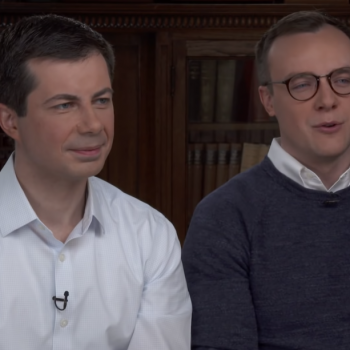