Televangelist Frank Amedia, who has a long history of saying bizarre things and once claimed that his prayers helped a baby grow 1.5 kidneys, is now saying that the impeachment of Donald Trump was a “political abortion.”

And don’t forget the witchcraft. 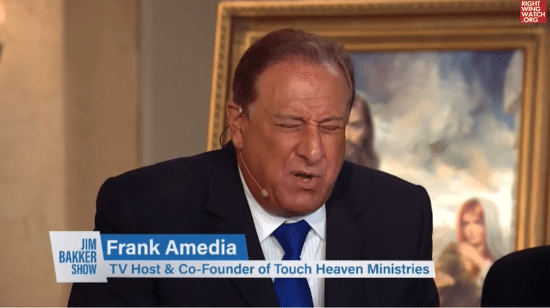 … Amedia warned that the anti-Trump witchcraft will “regroup” and the “devouring spirit” that has been manifested in politics “will not be satisfied” and “will not stop” attacking Trump after he is reelected. He warned that something bad could happen to Trump in 2022, claiming that Trump’s enemies would “continue to lay snares and traps and try to net him.”

Amedia’s characterization of the impeachment process — the interview was held before the Senate voted not to convict Trump — came in response to [Charisma CEO Stephen] Strang asking him, “So tell me, what is God saying about this impeachment?”

“The impeachment is likened unto a political abortion,” Amedia said. “And abortion is on the forefront, and is actually one of the focal points of why Donald Trump was elected and anointed and appointed by God Himself in that position that he’s in.”

If that makes sense to you… then please explain it to the rest of us.

Technically, Amedia is right about that last point, though. Abortion was one of the biggest issues that paved the way for Trump to win the votes of white evangelical Christians who didn’t care how his election would affect anyone else. (You have to wonder what the next bargaining chip will be if the conservative dream of overturning Roe is realized.)

But even the most staunch “pro-lifers” tend to make exceptions for abortion in situations where the mother’s life is in danger. If we’re going to use Amedia’s analogy, then Trump’s impeachment was a necessary abortion in order to save democracy. The fact that he’s still in office doesn’t make it any less true. 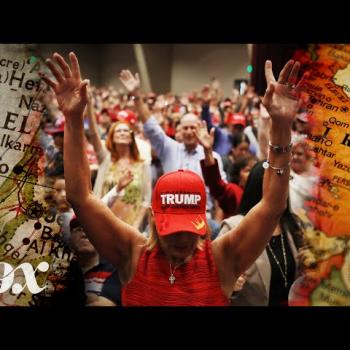