After telling an atheist he wasn’t allowed to have an “IM GOD” license plate, the state of Kentucky will have to pay him more than $150,000 in attorneys’ fees and litigation costs.

This case began in 2016, when the head of Kentucky’s Division of Motor Vehicles rejected Bennie Hart‘s request to get the personalized license plate even though he had it (without incident) in Ohio, where he had lived for the previous twelve years. That’s when he filed a lawsuit with the help of the ACLU of Kentucky and the Freedom From Religion Foundation.

As he suggested, there’s a difference between using a curse word to describe God and saying you simply don’t believe one exists (or that you are Him). By saying “I am God” was obscene or in poor taste, the government was effectively taking a position on religion.

Last November, the case was all but settled. The same judge said that Kentucky officials “went too far” in rejecting Hart’s plate request and that “personalized license plates aren’t just for UK fans.” All that was left was deciding how much money the state owed Hart for his troubles.

The answer: a hell of a lot.

Plaintiff’s counsel provided the Court with ample documentation surrounding the work performed and appropriateness of the rates requested. In light of the complex constitutional issues involved and the resultant work-product, the Court cannot agree with Defendants that the hourly rate or time spent by Plaintiff’s counsel in this matter was excessive.

FFRF is celebrating the victory:

“Groups such as ours have to put in a lot of work to ensure the constitutional rights of ordinary folks,” says FFRF Co-President Annie Laurie Gaylor. “We truly appreciate that the court recognizes this.”

Hart received his license plate a few weeks ago. He could’ve had it much earlier if the state of Kentucky was run (at the time) by people who weren’t Christian nationalists. 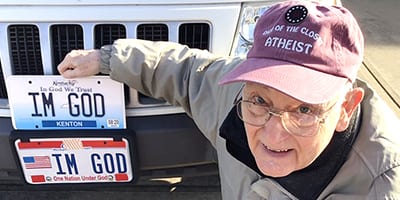 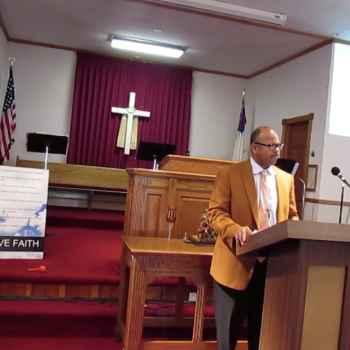 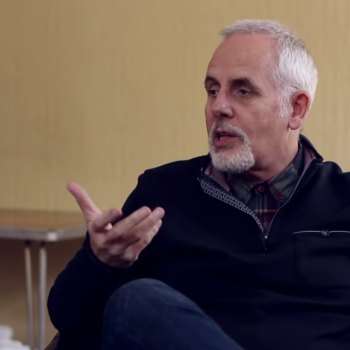