Last April, a pastor invited to deliver an invocation in the Virginia House of Delegates used the opportunity to remind non-Christians that they would be tortured for all of eternity for not believing in his God. 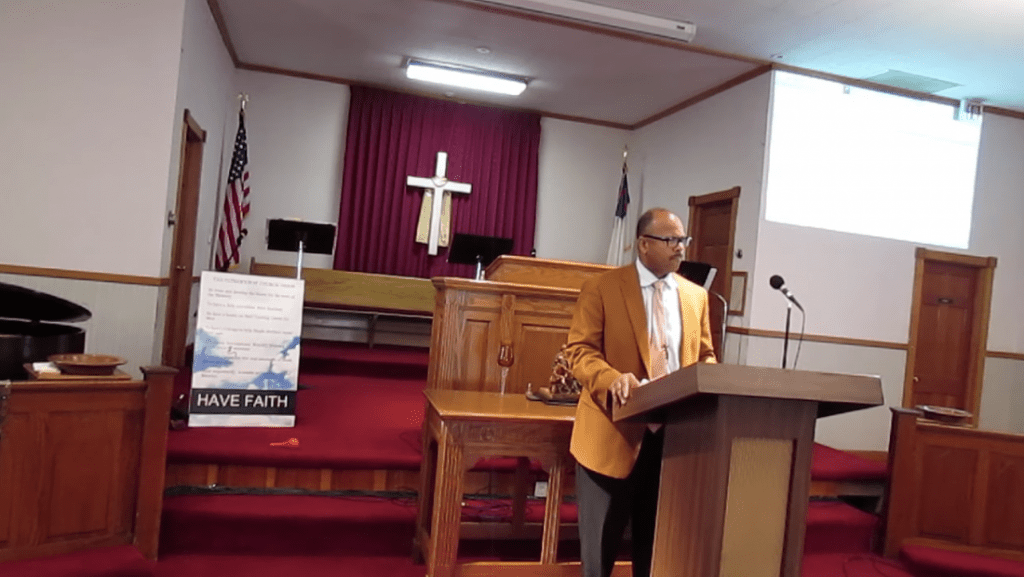 At the invitation of Republican Del. Michael Webert, Rev. Dr. Robert M. Grant Jr. of The Father’s Way Church delivered a sermon that had some Democrats walking out of the House chambers.

Video’s not available yet but a description of his speech tells you a lot:

… the pastor invited to give the opening prayer delivered stinging remarks condemning abortion and gay marriage and said God would bring his “wrath” against those who don’t follow biblical principles.

“Is this a prayer or a sermon?,” a delegate yelled from the Democratic side of the chamber as the prayer turned increasingly political.

Speaker Eileen Filler-Corn, D-Fairfax, ultimately ended the prayer by banging her gavel and moving right into the Pledge of Allegiance.

As he walked off, a man accompanying Grant asked a group of reporters if they were aware that “sodomy” was once considered an offense worthy of capital punishment. He declined to give his name.

Webert didn’t say anything to reporters.

In any case, just because it needs to be said, that’s absolutely not an acceptable use of the government stage. That’s not an invocation. That’s just another Christian preacher telling Jews and atheists and Muslims that they belong in Hell while also urging politicians to punish women for daring to take control of their own bodies.

If anyone who wasn’t a Christian gave a version of that same speech, that person would never be invited back and every politician would be pressured to condemn what was said.

But because Grant is Christian, both he and Webert will likely get away with this.

February 11, 2020 Kentucky Owes Atheist $151,206.74 After Rejecting His "IM GOD" License Plate
"Good. I’m not gunning for a murder verdict. He should get whatever is appropriate. It ..."
Synfandel TX Man Jailed for Setting Home ..."
"Thanks for your concern.I’m sorry for Mary. I suspect her cognitive dissonance is overwhelming. But ..."
BensNewLogin TX Man Jailed for Setting Home ..."
"The death of a child is quite unlike any other loss. One expects to eventually ..."
She of Penultimate Pulchritude “Psychic Medium” Thomas John Fell for ..."
"Yeah, trump is as much a devout Christian as I am. No wait, he's not ..."
Marly Duran Pastor to Pro-Conspiracy Crowd: “Trump Gave ..."
Browse Our Archives
What Are Your Thoughts?leave a comment