Joe Walsh, the right-wing radio host who used to be a House representative from Illinois, said he was running for the Republican nomination for president to challenge Donald Trump and Trumpism… but after receiving just 1% of the primary votes in Iowa, he’s dropping out.

He claims this is because the Republican Party has become a cult: 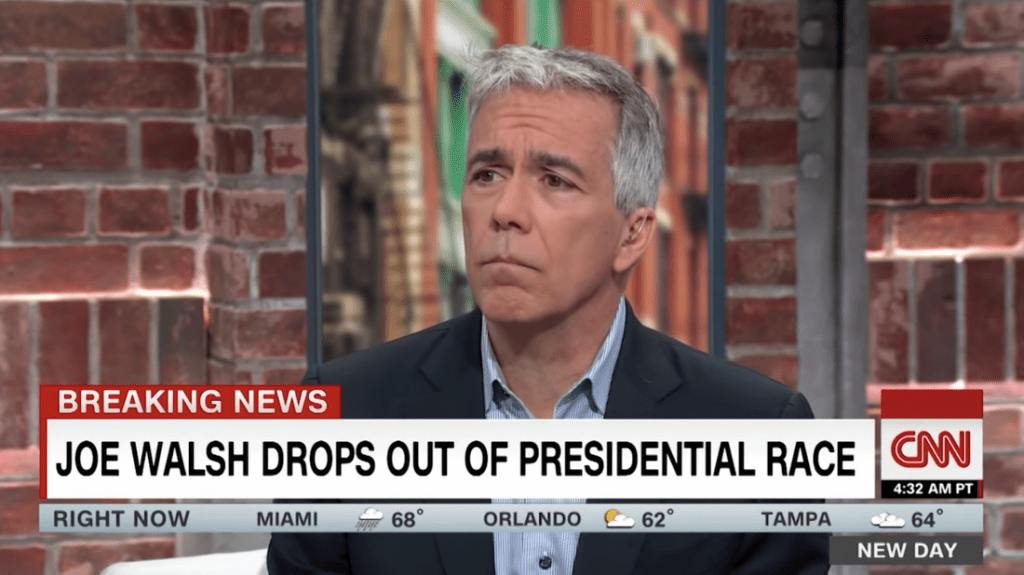 I’m suspending my campaign, but our fight against the Cult of Trump is just getting started. I’m committed to doing everything I can to defeat Trump and his enablers this November. I can’t do it alone. Join me at https://t.co/d40HA9h2Kz.

Walsh told CNN: “Nobody can beat him. It’s Trump’s party, John. It’s not a party — it’s a cult. He can’t be beaten in the Republican primary, so there’s no reason for me, or any candidate really, to be in there. The party has become a cult.” He said that he would do his “level best” to stop Trump by helping to elect “any Democrat” who wins the nomination, even if that Democrat is a socialist.

Truth be told, none of this is a surprise. Joe Walsh hardly represents a meaningful change from Trumpism, so #NeverTrumpers have no good reason to support him. If he wanted to make a real difference, he’d run as an independent candidate and siphon off votes from Trump in swing states on Election Day. Instead, he got publicity by running a campaign that was never going to gain any traction.

If that’s not part of his plan, then he misses a huge reality of our politics: In this country, you have to belong to one major party or the other in order to be taken seriously in any given election. If running as a Republican is a no-go, and you’re not actively supporting a Democrat, you may as well be screaming into a void. 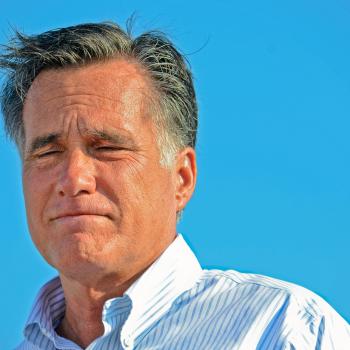 February 8, 2020
Podcast Ep. 308: Mitt Romney Did the Right Thing for the Wrong Reason
Next Post

February 9, 2020 Tennessee Republican Tries (Again) to Make the Bible the "Official State Book"
Browse Our Archives
What Are Your Thoughts?leave a comment