A couple of days ago, this tweet went fairly viral:

This is real. This is a real-life post by an anti-abortion activist. You can’t make this shit up. pic.twitter.com/wDjmU2ZHyh

The “anti-abortion activist” in question is Jamie Jeffries (a.k.a. the “pro-life wife”) who was saying she talked a mom out of getting an abortion. Six months later, the child was taken away by the government, and the mother put Jeffries down as the “next preferred placement” — meaning if the mother wasn’t allowed to care for the baby because she’s undocumented (or something like that), then Jeffries was next on the list.

Jeffries said she’s too busy, that a child would “break” her, and that it would interfere with her marriage and health… which, of course, are reasons people have abortions in the first place. Instead of supporting the other woman’s decision, Jeffries persuaded her to do something that wasn’t in her best interest, adding further misery to their lives months later, and apparently refused to take any responsibility for what she did.

That’s the “pro-life” position in a nutshell, isn’t it? It ignores the reality of everyone’s situation and pretends giving birth is always the best option.

It turns out that tweet came several days after Jeffries’ comments were first discovered, because her Facebook page includes a post from January 26 responding to all the critics pointing out her hypocrisy.

She admits the screenshot “looks bad” but also claims everything was taken out of context. (The post has since been deleted.)

I get people are posting edited and cropped down year old screen shots that were stolen from a private prolife advocacy group, and yeah that out of context incomplete screens shot looks bad. I didn’t word it well and it’s easy to take out of context. I didn’t explain everything in that post the way I have here because I didn’t need to. It wasn’t a post to the public or to people who didn’t know I wasn’t cleared to take him. Those reading the post that day a year ago knew the story and saw the updates that followed that day and those that have followed for a year now. Had that post been a public statement on the events of the day rather than an in the moment update to fellow advocates in a private group I would’ve worded it more officially and explained all aspects of the case as I have here.

She still said it. Self-awareness isn’t one of her strong suits.

So what if it hurt her marriage? So what if it broke her? She didn’t give a damn about any of those things happening to someone else when she told another woman not to get an abortion. Nor did she seem to talk much about how a woman was separated from her six-month-old baby — something that would devastate just about every mother — and why that’s better for everyone than not having given birth at all.

This wasn’t complicated at first. Jeffries made it complicated. And because of people like her, more children and more families have suffered needlessly.

We’re better off when women have the option to not give birth, without anyone getting in the way of that choice. 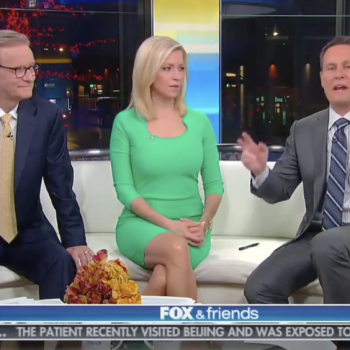 February 6, 2020
FOX & Friends Host Shocked That Romney Cited His Faith When Voting Against Trump
Next Post 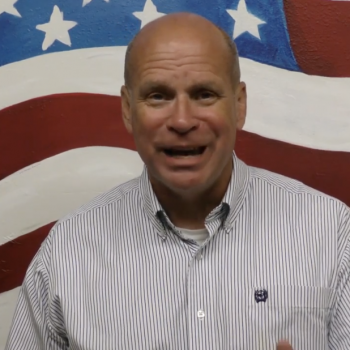