The folks at FOX & Friends are perfectly fine letting Christianity stand as justification for all their awful opinions. Hell, their fictional “War on Christmas” is all about Christians whining over the loss of special privilege.

And yet when Sen. Mitt Romney invoked his Mormon faith as a guiding light toward his vote to convict Donald Trump in his impeachment trial, the FOX News people can’t believe it.

This morning, host Brian Kilmeade blasted Romney for daring to cite religion before his vote, suggesting that Romney was just using faith as a cover to do something he was already going to do.

Brian Kilmeade lambasts Mitt Romney for invoking his faith in voting to convict Trump: "'My faith makes me do this'? Are you kidding? What about your faith and this case meld together? That is unbelievable for him to bring religion into this. 'His faith.'" pic.twitter.com/UIb16Txw8T

… Please don’t bring religion into this… For him to bring religion into this, has nothing to do with religion. “My faith makes me do this”? Are you kidding?! What about your faith and this case meld together? I mean, that is unbelievable for him to bring religion into this. “His faith.” We already know how he felt. He gave a speech at 12 noon when it was Candidate Trump about how unworthy he is for the office. This was his opportunity to show it. To me, it has nothing to do with faith… That was totally insincere. “My faith makes me want to convict Donald Trump.” When two years ago, you already said he was unworthy for the office? This was just an opportunity to prove it. That’s all it was for Mitt Romney.

So someone else’s faith is “insincere” when it’s used against Trump… but faith is always an acceptable defense when it’s used to hurt poor people, minorities, or defend war.

Meanwhile, just yesterday, co-host Ainsley Earhardt cited her Christianity to defend Trump. Kilmeade had no problem with that whatsoever.

Ainsley Earhardt to Mike Pence on her faith, civility, and the leftist backlash to Trumpism: "Many people, I always hear, are so proud of your boldness for Christ … What is happening to our country? Where do we go from here? People are looking to you as a leader to help us" pic.twitter.com/CShtYEB8go

To be honest, I wasn’t thrilled with Romney bringing faith into his speech, either, because Trump’s conviction should stand or fall on the evidence alone. Romney implicitly suggested that if he were an atheist, he might vote differently. But that criticism is a far cry from Kilmeade whining about religion being mentioned in connection with something he doesn’t like.

We’d be better off with religion out of politics. But someone like Kilmeade — irrational and ignorant — is only upset when religion isn’t supporting conservative policies. It doesn’t count when other people do it. 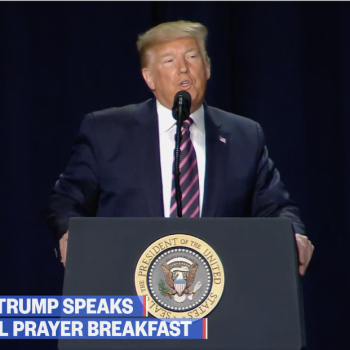 February 6, 2020
Without Irony, Trump Trashes Faith When Used as a Justification for Wrongdoing
Next Post 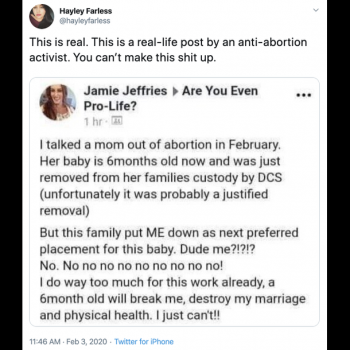