About two weeks ago, spurred by an Instagram troll who was harassing her as a “dirty lesbian” and invoking Allah to condemn her, a 16-year-old French girl named Mila posted a video condemning Islam (and religion overall).

She didn’t hold anything back. She said she hated religion, that the Qur’an was full of hate, that Islam is “shit,” and that it was all okay to say because “You cannot be racist towards a religion.”

So much for nuance. It’s absurd to suggest there’s only one form of a religion practiced by nearly two billion people, that you know what the “true” nature of is, and that a holy book is full of hate when any large text can be cherry picked to be full of whatever you want it to say.

At least Mila added later that her comments applied to all religions, not just Islam.

But you can guess how her rant was received. While she hadn’t broken any law, she is now living in fear of a violent attack from ardent believers. She had to leave her dorm at college “for her own safety” as a result of the death and rape threats she’s received online. (I would add that’s hardly specific to followers of Islam.)

Yesterday, Mila came out of hiding to give an interview to the French show Quotidien, where she said she didn’t regret what she said, though she wished she had been more articulate and less vulgar, and that she was aware plenty of believers are peaceful. Her comments weren’t directed at them.

Then show host Yann Barhes says: ‘That you don’t regret the right to blaspheme?‘

‘But I would still like to say that in some way I am a little bit sorry towards the people who I might have hurt who practise their religion in peace, and I never wanted to target human beings.

‘I simply wanted to… blaspheme… I wanted to talk about a religion, and say what I thought about it, and that’s all.’

Mila also told the show host: ‘There are two things I regret in this story. The first is that I said it on social media because I had not taken into account how big it could get and [I also regret] having said it in such a vulgar way, because I could have argued my point better.’

When asked by Yann Barthes: ‘Could you have said these words about another religion?’

All of that is more defensible. But it’s never easy for fundamentalists to handle nuance, so it’s not like the threats against her are magically going to fade away. Because she insulted someone else’s sacred beliefs, her life remains in peril. That’s appalling.

And yet plenty of powerful liberals in France have refused to come to her defense, presumably fearing that standing up for free speech and the right to insult ideas will be taken as a slam on Muslims.

Richard Malka, her lawyer, told The Times: ‘It is the left that traditionally defends secularism in this country. It saddens me that it has not done so in this case’, adding that her situation had been ignored by feminist and left-wing groups, which are usually quick to defend female victims of verbal and physical violence.

We’ve seen that sort of reaction in the U.S. too. Liberals frequently fear adding to the condemnation of already vulnerable groups, even when it’s a matter of free speech or civil rights. (We saw a similar silence years ago when people were drawing images of Muhammad as an act of protest.)

Meanwhile, the sort of conservatives who defend people like Mila are often the same people who cheer on a Muslim ban, or a prohibition on veils, or anything else that creates obstacles for peaceful Muslims. They don’t give a damn about nuance, either. There’s a reason the most viral story about this incident comes from The Daily Mail and why the strongest defender of her actions came from right-wing bigot Marine Le Pen. (Of course, if you insult Christianity, these same people will have a very different reaction.)

You don’t have to defend Mila’s crudeness or ad-libbed reaction to understand why the overreaction is far more disturbing than anything she said. No 16 year-old girl’s understandable frustration — in response to a religious troll, I would remind you — should lead to death threats. Anyone condemning her initial outrage is missing the point. 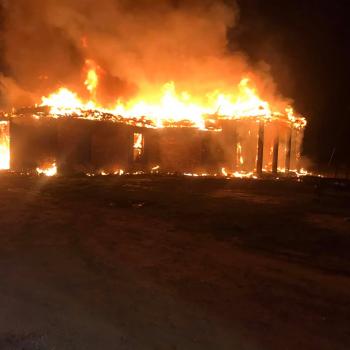 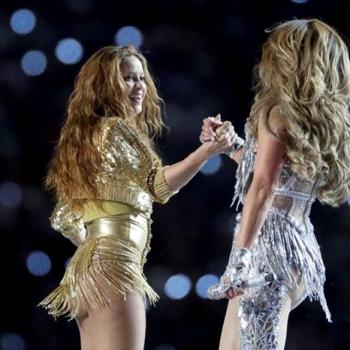 February 4, 2020 Christian Moms Complain About Lack of "Respect and Dignity" in Halftime Show
Browse Our Archives
What Are Your Thoughts?leave a comment