Evangelist Franklin Graham, never has a nasty word to say about Donald Trump. He proudly condones the pussy-grabbing, multiple marriages, hush money payments, children in cages, cruelty, ignorance, racism, and debasing of the office — at least Graham never thinks of those things as dealbreakers — in exchange for the proximity of power and a never-ending supply of federal judges.

But Shakira and Jennifer Lopez deliver a stunning performance during halftime of the Super Bowl, and he’s wagging his finger about the lack of “moral decency” on TV.

I don’t expect the world to act like the church, but our country has had a sense of moral decency on prime time television in order to protect children. We see that disappearing before our eyes. It was demonstrated tonight in the Pepsi Super Bowl Halftime Show—with millions of children watching. This exhibition was Pepsi showing young girls that sexual exploitation of women is okay. With the exploitation of women on the rise worldwide, instead of lowering the standard, we as a society should be raising it. I’m disappointed in Pepsi and the NFL.

There are plenty of reasons you should condemn the NFL. Inviting two popular singers to entertain the country with their hit songs isn’t one of them.

If Graham cared about protecting children, then he should speak out against the Republicans who want refugee kids put in cages while separated from their families. But of course Graham doesn’t give a damn about any of that. Anything Republicans do is fine with him, no matter who gets hurt in the process.

But if women shake their hips while dancing — because they choose to — he considers it “sexual exploitation.” Which just goes to show you how little he understands the issue.

This is evangelical Christianity in a nutshell: Claiming a moral high ground while ignoring everything that actually deserves condemnation.

February 2, 2020
Please Support the Work I Do Through This Site
Next Post 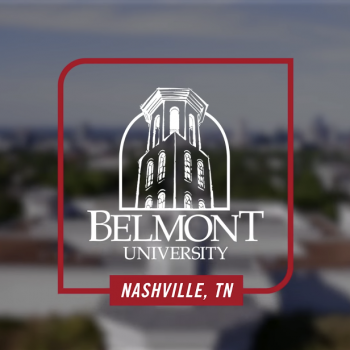 February 3, 2020 After Taking Over Art School, Belmont U. Will Fire Non-Christian Faculty Members
Browse Our Archives
What Are Your Thoughts?leave a comment