E.W. Jackson: I’m Allowed To Call Obama a Dictator Because Atheists Are Dumb

Earlier this week, right-wing radio host and former candidate for Lt. Governor of Virginia E.W. Jackson claimed it was a punishable offense to call Donald Trump a “dictator”… even though there was video proof of Jackson doing exactly that to Barack Obama.

Jackson is now responding to that glaring hypocrisy by apologizing.

He’s blaming atheists for pointing it out.

Jackson insisted that there could be no comparison between his description of Obama as a dictator and Nadler calling Trump a dictator because Jackson was “not a public official” when he made his comment and was simply “advancing a well-reasoned opinion.” For what it is worth, Jackson was not merely speaking as an activist when he made his remark during a Tea Party rally in 2013; he was speaking in his capacity as the Republican nominee for lieutenant governor of Virginia.

“This is the thing you have to understand about the left, folks,” Jackson explained. “I think because of their godlessness … because of their spiritual deficit, their intellect is very, very superficial.”

“When I say that, I do not mean they’re not bright, that they don’t have a high I.Q.,” he added. “I’m saying that there is an internal malfunction in their intellect that renders them stupid and renders them superficial, and this is an indication of that.”

That doesn’t address the hypocrisy at all. It just deflects from it. More to the point, there was no caveat in his earlier message that it was perfectly fine to call the president a dictator if you weren’t in elected office. That’s a new rule he just made up because he’s a despicable person.

Like Trump, rather than admit he’s wrong, he just accuses other people of the very things he’s guilty of… he’s just not very good at it. 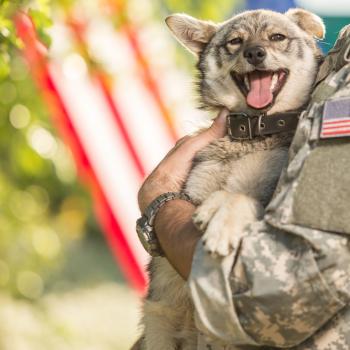