Christian Pastor: Jesus Would “Beat the Crap” Out of John Bolton

Jesus would “beat the crap” out of former National Security Advisor John Bolton, according to a Christian pastor who never read about that whole “turn the other cheek” thing.

Conspiracy theorist Rodney Howard-Browne, best known for his “Holy Laughter“-based religious ceremonies, has said in the past that Donald Trump isn’t cruel enough. He’s now following suit by expressing his own violent rage.

While the tweet is now deleted, a screenshot is below. The thread came in response to an unrelated Bolton tweet.

You are a slime ball of the highest order …. I should have knocked your sorry butt through the door of the Oval Office into the rose garden when I saw you. I would have gladly been arrested …. what a Benedict Arnold ….. I am glad you were fired !!!!! https://t.co/vZWif9ohjV 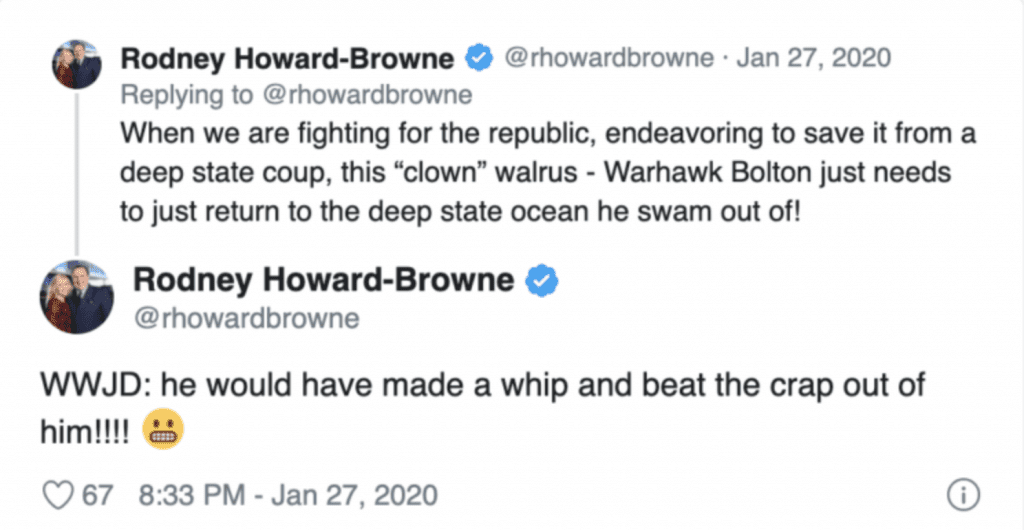 To be fair, there are plenty of reasons to dislike Bolton: He’s a war-monger with enough bigotry in his heart to make him a perfect fit for the Trump administration. Quitting his position was the only somewhat decent thing the man has ever done — even if it was only to avoid going down with the rest of the ship.

But the story here isn’t about Bolton. It’s about a Christian who believes Jesus would resort to violence to punish a man who’s finally (finally!) doing the right thing.

January 31, 2020
E.W. Jackson: I'm Allowed To Call Obama a Dictator Because Atheists Are Dumb
Next Post 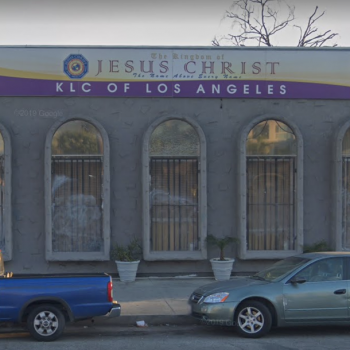 January 31, 2020 Evangelical Church Leaders Arrested on Charges of Human Trafficking
Browse Our Archives
What Are Your Thoughts?leave a comment