The British governmental group Ofsted (Office for Standards in Education, Children’s Services and Skills) has a simple mandate:

We inspect services providing education and skills for learners of all ages. We also inspect and regulate services that care for children and young people.

Unfortunately, while their objectives might be simple, they’re never uncomplicated or uncontroversial. 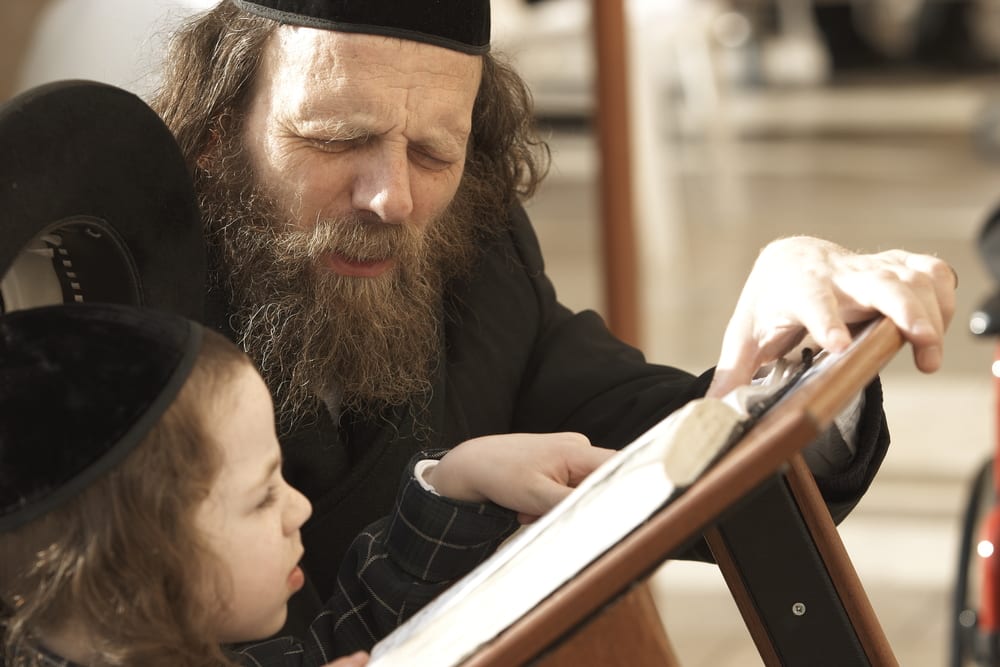 Klein’s comments are a response to Ofsted’s recent efforts to ensure all schools in the Stamford Hill borough are registered and monitored for quality, particularly schools that fall outside the mainstream educational system, including Jewish parochial schools, known to Jewish communities as yeshivas. Stamford Hill is home to an ultra-Orthodox community of predominantly Hasidic Jewish Britons.

As far as Klein is concerned, all Ofsted has to offer is a secular agenda that undermines the good, wholesome parenting of the neighborhood’s Jewish families:

The Haredi community pride itself with a youth clean and pure from crime. The way they do it is a total ban of television at home. Films or video or cinema is totally forbidden as not to give the kids any idea of crime, mischief of any sort. Most boys and girls are getting married at around the age of 19 after years of learning in yeshiva to respect your partner. We pride ourselves with a divorce rate of one out of ten. Why bring Ofsted to our yeshivas? They give the children ideas of atheist, gay, early childhood sex. We don’t need all this, thank you.

Klein followed it up with a shot at Mayor Phil Glanville, who is gay, and who also plans to ask the government for the power to require schools to submit to Ofsted’s inspection and regulation.

You mentioned Philip Glanville. I believe he is gay. Good luck to him. No thank you. We don’t want Ofsted coming mixing, confusing our children. For us it’s Adam and Eve. A man and a woman. A boy and a girl.

Statistically, of course, the chances that all students attending yeshivas in Stamford Hill are 100% heterosexual are not particularly high. For those who aren’t, lacking any access at all to the broader culture’s representation of LGBTQ life is probably far more confusing than the idea that gay people exist.

But setting that aside, Ofsted’s goal isn’t to indoctrinate children about the merits of homosexuality; their concerns are about the ability of unregistered schools to avoid meeting educational standards, including adherence to the Equality Act. They want to ensure an egalitarian learning environment that won’t harm or discriminate against certain families and children, and they want to ensure that children are being prepared for adulthood with a solid educational framework in all areas of the curriculum.

For Klein, that’s tantamount to instructing the children in atheism (the horror!):

We teach our children god created the world some 6,000 years ago within six days and rested in the seventh. Ofsted come in and says you must also teach the atheist version. The world was made by itself from evolution millions of years ago. Leave us alone, it’s all baloney.

Apparently, reality is an atheist conspiracy.

He’s also not a great fan of teaching kids about world religions:

We teach our children the prophet Moses, Torah. Ofsted comes in, we must also teach Jesus, Bible, and Mohammed, Quran. They are all great religions, I am sure. They are made for schools where the children are born into this particular faith.

But Britain has large populations of Christians and Muslims, and preventing children from becoming aware of their compatriots’ religion — keeping them in a bubble where exposure to other points of view is severely constrained — hobbles their ability to participate fully in society, which is exactly what Ofsted means to prevent.

All told, I suppose it makes sense that Klein would oppose Ofsted; clearly they have very different views about what constitutes a solid education. But Klein’s view seems clearly more concerned with religious orthodoxy than with the children’s ability to participate in society as thoughtful, aware, and compassionate citizens.

For a faith with a known scholarly tradition, this level of close-mindedness is a shame, and it can only get worse if Klein gets his way.

Mayor Glanville shot back at Councillor Klein in a Hackney Council meeting on Jan. 23, quoting his words back at him accompanied by the following statement:

We reiterate the commitments we made to stand up to hate, whether it’s antisemitism, Islamophobia, or indeed homophobia. Anyone who has opened the Hackney Gazette recently will see that there are people in this chamber who don’t share those values, and make cheap attacks, including on me.

Klein acknowledged later that his views are his own and do not necessarily represent those of his community, but to date he has not personally disavowed any of his statements. 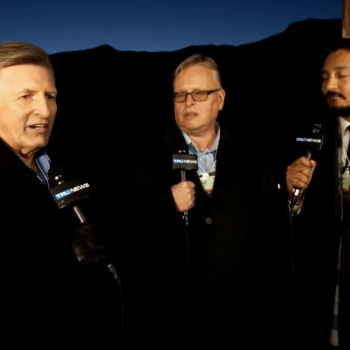 January 24, 2020
Christian Anti-Semite Rick Wiles: The "Antichrist Will Be Jewish"
Next Post 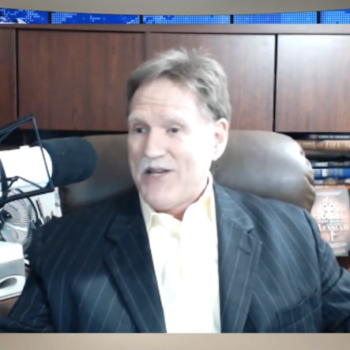