End Times Preacher: Trump’s Critics Have a “Demonic Spirit in Them”

Oppose Donald Trump? Congratulations! Most people would consider you a person who values integrity and decency.

Gallups said that Trump was obviously God’s chosen candidate because he was able to defeat 17 other Republican presidential hopefuls — ”some of them, as it turns out now we know, were deep state operatives,” he claimed — and the fact that God favors Trump is exactly why leftists hate him.

“The leftists, the socialists, the God-haters — most of them are — the America-haters, the Constitution-haters, they are, whether they call themselves this or not, they are largely globalists,” Gallups said. “They have this demonic spirit in them — whether they know it or not, whether they are trying to feed it or foster it or not — they do. And the Bible tells us these things would happen.”

“They have this spirit in them of hating all things biblical, all things godly, all things Jesus Christ, hating all things that are pure truth, hating all things that have any righteousness attached to them at all,” he continued. “Instead, they plunge themselves into socialism, into communism, the misuse of technology, into all kinds of evil and darkness and sexual perversion, and the confusion of marriage and gender and home and family … [into] this amalgamation that Satan is going to use in the Last Days.”

By that logic, God must have favored Barack Obama a lot more, since he served two terms and had a much higher approval rating with the public. Not to mention, the eight years were almost entirely free of scandal… unless you think wearing a tan suit is a crime against humanity. (Oh, and Obama was never impeached.)

It doesn’t take a seminary degree to know the Bible says nothing about 21st-century American politics. People oppose Trump because they value the Constitution, not oppose it. Plenty of Christians oppose him, too, so not all Trump haters are also “God haters” by default. But when you know your party is sinking, and you refuse to admit you were wrong, calling your opponents demon-possessed is a last-ditch effort to save face.

The more frequently Trump cultists talk, the easier it gets to justify why people should hate their God. An all-powerful being that endorses an unrepentant rapist, racist, and con-man is one that doesn’t deserve worship. 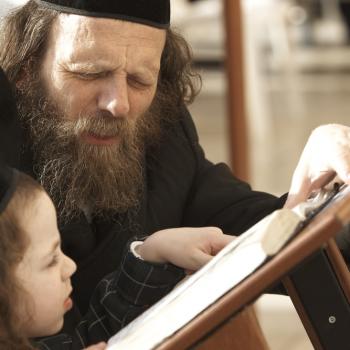 January 25, 2020 Paula White: Christians Must Pray That "Satanic Pregnancies" End in Miscarriage
Browse Our Archives
What Are Your Thoughts?leave a comment