Over the past couple of weeks, atheists around Iowa have been able to secure “religious freedom” proclamations in their cities. These are symbolic documents, signed by mayors, which say that the cities support the principle of church/state separation and that no one religion ought to be privileged by the state.

They are in sharp contrast to the proclamations pushed by Christian Right groups that suggest the city promotes their particular beliefs (even if the language is wishy washy).

I haven’t been able to cover all of them because there are so many, but here’s just a sampling. 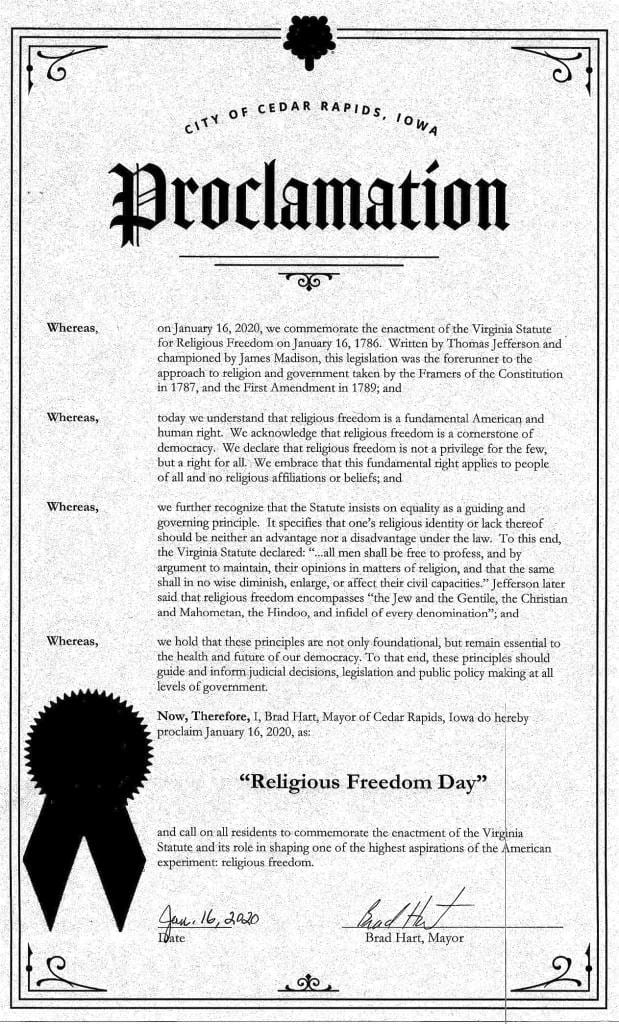 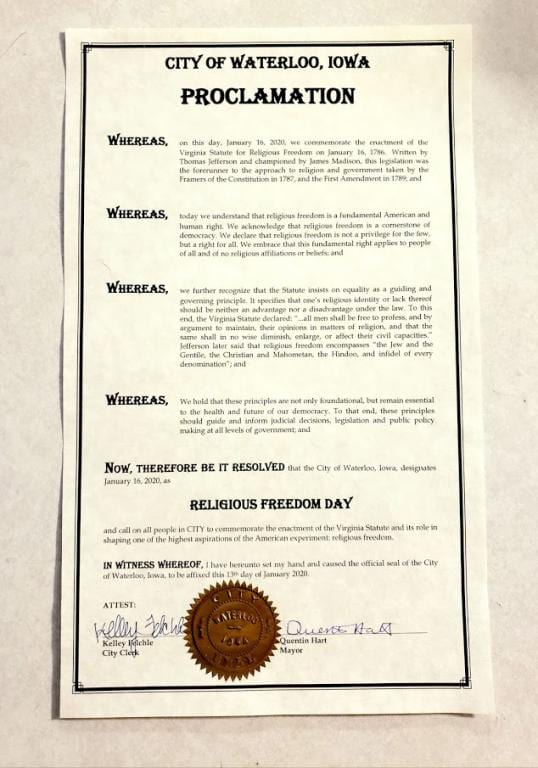 After the mayor reads that last one, you can hear comments from the women who spearheaded the effort, Anne Bendixen (who recently asked Elizabeth Warren how she’d protect the rights of atheists) and Kennisha Entsminger (the President of Secular Students at Iowa).

Other cities that have issued similar proclamations include Council Bluffs and Bettendorf. I’m told the city of Marion will be issuing one as well later tonight.

All of this is happening thanks to the work of local activists. Justin Scott, the state director of American Atheists, gave credit to Robert Cook, activism chair for the Iowa Atheists and Freethinkers in Des Moines. Ironically, Des Moines is one city that rejected a proclamation request because they said they don’t issue proclamations relating to religion. (Arguably, that’s not what this proposal is about.)

In any case, there’s a clear message there: Activists can do the same thing in their own cities. Why bother if it’s just symbolic? Besides sending a message that atheists exist in the community, these proclamations show that the city defends religious freedom for everyone, not just a select group of conservative Christians. We need to hear that message now more than ever.

January 23, 2020
Church of England: Only Straight Couples Are Allowed to Have Sex
Next Post 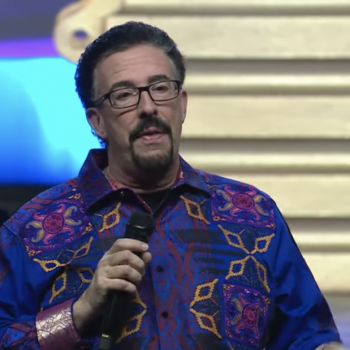 January 23, 2020 Christian Missionary: Jesus Made Me Fluent in a Language I Never Knew
Browse Our Archives
What Are Your Thoughts?leave a comment