When It Comes to the Holocaust, Atheists Know a Lot More Than Christians January 22, 2020 Hemant Mehta

When It Comes to the Holocaust, Atheists Know a Lot More Than Christians

And according to a new survey from the Pew Research Center, atheists and agnostics are as knowledgeable about the Holocaust as Jews — and all of those groups know far more than Christians.

The survey, which builds on an earlier study about religious knowledge, asked participants four multiple-choice questions relating to the Holocaust:

Of those four questions, Jewish participants got an average score of 3.2 correct. Atheists and agnostics? 3.1 apiece.

It gets even worse for them when you look at each question. 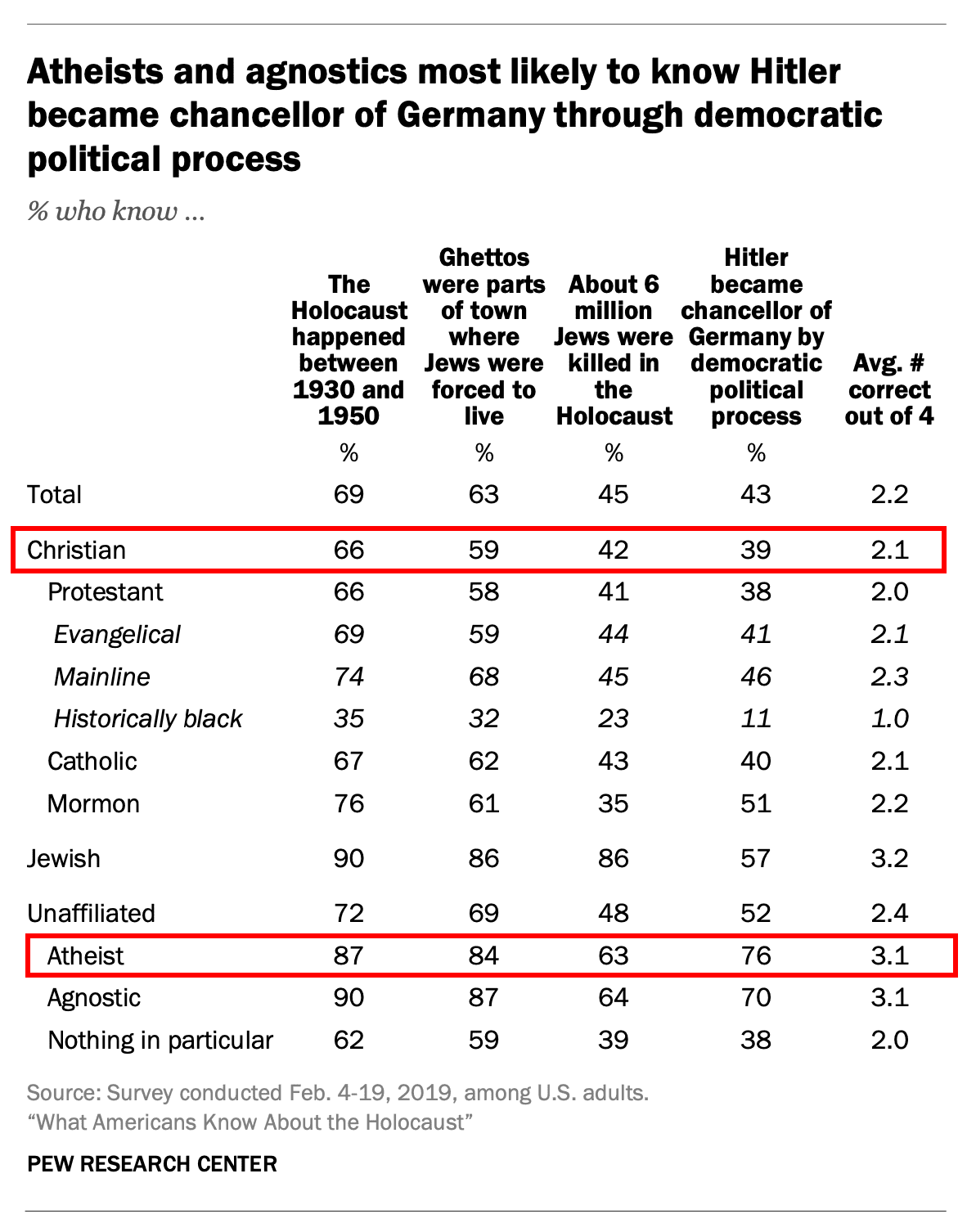 None of this is to say one group is “smarter” than the other. But the fact that there’s such a difference between the groups suggests that pastors don’t discuss the Holocaust nearly as much as they should. I’m tempted to say that, given today’s political realities, some Christian leaders are hesitant to bring up the clearest example there is of actual religious persecution since it might weaken their own argument that they’re victims of it. Or maybe we shouldn’t be surprised that the people least likely to accept reality are also the least likely to know basic facts about history.

Whatever the reason, these numbers are embarrassing. That’s true for everyone, but it’s true for some groups more than others. The fact that the “hardest” question is the one about how Hitler rose to power also means we may be doomed to repeat history.

Here’s a silver lining, though: Some factors increase the likelihood of getting these questions right. They include having a formal education, visiting a Holocaust museum, or personally knowing someone who’s Jewish.

In other words, everyone is capable of having this knowledge. Some people just choose to ignore it.

January 22, 2020
The Supreme Court Will Decide If Taxpayer Money Should Benefit Religious Schools
Next Post 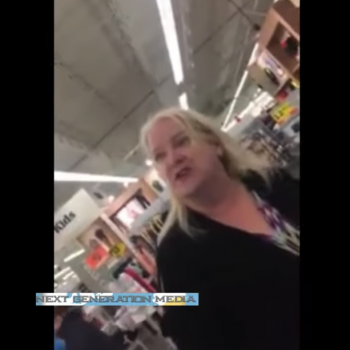 January 22, 2020 Watch This Christian Lady Swear Up a Storm While Preaching at Walmart Customers
Browse Our Archives
What Are Your Thoughts?leave a comment