Gwyneth Paltrow’s “The Goop Lab” Is Unscientific Garbage. Then It Gets Worse. January 20, 2020 Val Wilde

Gwyneth Paltrow’s “The Goop Lab” Is Unscientific Garbage. Then It Gets Worse.

Netflix and Gwyneth Paltrow have entered into an unholy alliance and spawned The Goop Lab, a (purported) health and wellness docu-series set for release on January 24.

Advance reviewers have found other ways to describe the fruits of this partnership: “soft-lit chaos” (The Atlantic), “wildly irresponsible” (Screenrant), “like a car crash unfolding in front of me” (New Scientist). Even the Goop website describes the show as “goopy as hell,” which they surely must have meant to sound like a compliment, though it’s hard to see how.

But the folks at Ars Technica took their criticism of the show to the farthest extreme a review can go, literally starting their review with a request for people not to watch it.

This review contains detailed information about the Netflix series the goop lab with Gwyneth Paltrow. If you plan to watch the show (please, don’t) and do not wish to know details in advance, this is not the review for you. Normally, we would refer to such information as ‘spoilers’, but in our editorial opinion, nothing in this series is spoil-able.

Harsh words… but, for a series that offers up energy healing, psychic channeling, and cold exposure as equivalent to — or even better than — conventional medicine, hardly unfair.

Throughout the review, health reporter Beth Mole — a woman with a background in medicine and biological science that qualifies her to evaluate Paltrow’s claims — pulls no punches and takes no prisoners:

In the third episode of Goop’s Netflix series, a female guest remarks that we women are seen as “very dangerous when we’re knowledgeable… But after watching just a few minutes of any of the six episodes of the goop lab — or knowing pretty much anything about her pseudoscience-peddling “contextual commerce” company “Goop” — one might be skeptical that Paltrow has ever borne any such burden of knowledge in her life.

Does Paltrow need some cold exposure therapy for that burn…?

But, all jokes aside — and it’s very tempting to view Paltrow’s work as nothing more than a joke — there are serious harms involved in using the documentary format to blur the distinction between scientifically-proven, authoritative health information and cheap pseudoscience. Mole makes a point of explaining that:

The series provides a platform for junk science, gibberish, and unproven health claims from snake-oil-salesmen guests. It’s a platform on which respected, trained medical experts are not considered the authorities on health and medical topics; where logic and critical thinking are enemies of open-mindedness; where anecdotes about undefined health improvements are considered evidence for specific medical treatment claims; where the subjective experiences of a few select individuals are equivalent to the results of randomized, controlled clinical trials; and where promoting unproven, potentially dangerous health claims is a means to empower women.

Indeed, there’s something almost misogynistic about the idea that the scientific method is somehow disempowering, and that a lack of critical thinking is somehow feminine or better for women. It reeks of the same essentialist stereotypes that made it historically difficult for women to gain acceptance as scientists and medical professionals.

Yet it’s also easy to understand how people are drawn to alternative therapies, given a medical system that often struggles to respect women and other marginalized people, not to mention the simple fact that the human lack of control over disease and mortality is real and scary.

The promise of a quick fix to a complex problem is tempting, and Goop is known for cashing in on that. That’s what they’re doing in this infomercial designed to look like a TV show. Shame on Netflix for promoting this harmful nonsense. Getting a few more eyeballs and subscriptions is apparently worth the cost of all the damage this show will do to public health if viewers take any of it seriously. 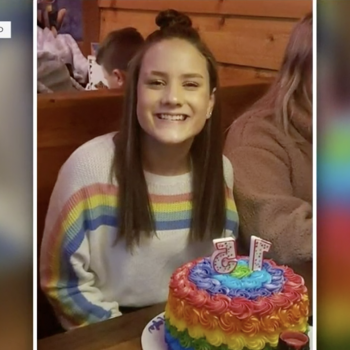 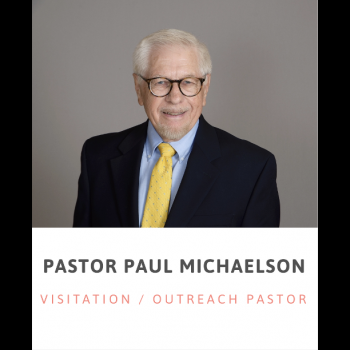 January 20, 2020 Christian Pastor Arrested After Threatening to Shoot Up Former Congregation
Browse Our Archives
What Are Your Thoughts?leave a comment