If you watched the Democratic debate last week, then you might have caught the Freedom From Religion Foundation’s ad featuring Ron Reagan, son of the former president, saying he’s a “lifelong atheist, not afraid of burning in hell.” FFRF has run the ad in a previous debate as well.

It got plenty of online attention this time around, too, and one of the critics was the other son of the former president, Michael Reagan. (Ron and Michael are stepbrothers.)

Michael Reagan is now a conservative columnist and he couldn’t believe the ad was aired at all. But it’s clear he doesn’t actually understand how it got on TV…

I swear CNN has run that dumb ad in every Democrat debate. It’s a cheap dig at my father, and it tells me all I need to know about the values of CNN and the Democrat Party. Both stand for nothing I believe in.

Uh… who wants to tell him CNN and the Democratic Party have nothing to do with the content of the ad?

FFRF paid for it to be on television. That’s why it was on television. That’s how advertising works. While stations have rules about what can or can’t be shown, this wasn’t an ad that crossed some line of decency. You can’t blame CNN for accepting the money and airing it; it certainly doesn’t amount to an endorsement of FFRF by the network.

You would think a syndicated columnist would try to get some basic facts right before publishing his rant, but this is conservative media. No one bothers checking the facts because they know exactly who their readers are.

(Featured image via YouTube. Thanks to Brian for the link) 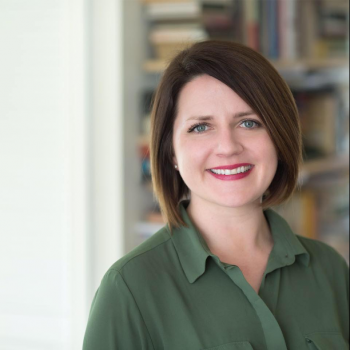 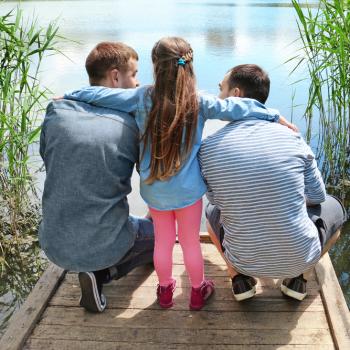 January 19, 2020 French Bishops Approve Baptismal Certificates Without Parental Gender Terms
"Well, yes, but only because my Depends are to tight."
jomicur E.W. Jackson: God, Please Let Biden ..."
"No one gonna post it? OK, I will.To P-ass-tor Shane Vaughn...https://imgur.com/gallery/w..."
NOGODZ20 MAGA Cultist Pastor: The COVID Relief ..."
"Can you walk like an Egyptian?"
larry parker E.W. Jackson: God, Please Let Biden ..."
"YOU TAKE THAT BACK! NOW!"
BensNewLogin Son of “Shaking Head Prophetess” Admits ..."
Browse Our Archives
What Are Your Thoughts?leave a comment