Nebraska pastor Hank Kunneman of One Voice Ministries, last seen saying demons were scheming to block Donald Trump from a second term, appeared on scamvangelist Benny Hinn‘s show the other day… and the end result was some form of Christian gobbledegook that requires translation.

I’m pretty sure I heard him say “Hakuna Matata’ in here. You be the judge.

I have no clue what’s happening. There’s the speaking in tongues, which is weird enough. Then there’s walking around with a young man and slapping him on the chest. Then there are all those awkward long steps with another victim.

No word yet on how those guys are doing. But no amount of “faith healing” will spare them from the humiliation of being used by Christian grifters. 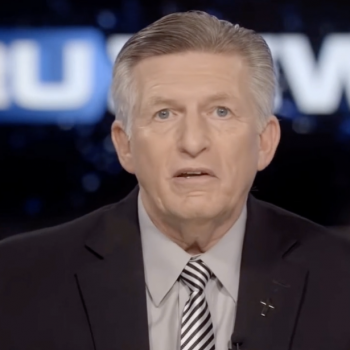 January 17, 2020 Christian Mom: Women Who Feel "Fat Shamed" Should Admit They're Overweight
Browse Our Archives
What Are Your Thoughts?leave a comment