When the Geneva City Council in upstate New York gathered a few days ago for the first meeting of the year, newly elected Ward 5 Councilor Laura Salamendra chose to remain seated during the Pledge of Allegiance. It’s a little difficult to see in the video below (around the 0:25 mark) because there’s a head in the way, but she’s the only person not standing.

There’s the usual grumbling on social media, especially from one right-wing Facebook page that compared her to Colin Kaepernick (as if that’s a bad thing), but Salamendra defended her decision to the Finger Lakes Times:

“I took an oath to uphold the Constitution and my allegiance is with the people of Geneva and the world, not the flag. I have felt this way since I was in the fourth grade and have exercised my constitutional right to do so ever since.”

It’s nice to see an elected official who displays actual love of the country instead of making a show of faux-patriotism.

And to his credit, Mayor Steve Valentino, who didn’t even notice what she did, defended her decision anyway.

“She has her own beliefs, and we have to respect them,” he said.

Asked if it is an issue for Council, Valentino responded: “Not at all.”

That’s the right answer. Of all the things a city council ought to care about, mindless rituals should be at the bottom of the list. But until they eliminate the Pledge from meetings, remaining seated during it is a perfectly appropriate response.

(Featured image via Facebook. Thanks to Brian for the link) 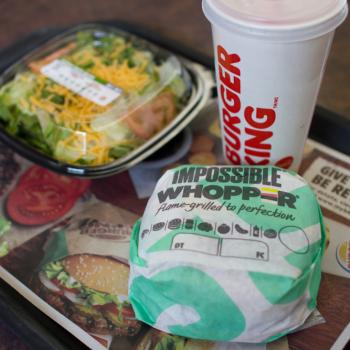