This Brilliant New Ad Highlights the Hypocrisy of Trump-Loving Evangelicals

A new ad from an anti-Trump group of Republicans highlights the religious hypocrisy of the white evangelical Christians who treat Trump as if he’s their new savior.

The Lincoln Project, which just launched last month and is led by people like George Conway, Steve Schmidt, and Rick Wilson, titled the ad “MAGA Church.” It’s a reminder of how the president’s words and actions have little to do with the supposed values those evangelicals claim to hold.

It’s also a reminder that the Christians who surround Trump are just as corrupt, greedy, and void of values as he is.

Break out the popcorn and watch this.

The video comes just weeks after Christianity Today finally admitted the dangerous alliance between the two worlds and called for Trump’s removal from office.

Even if this video doesn’t change the minds of those religious voters, it’s yet another sign of a growing rift between conservative Christians and people with a goddamn conscience. May that rift continue to grow. Whatever the consequences of the next election, Christianity as a whole is going to be tainted with the stench of Trump for decades to come, whether individual believers deserve it or not.

White evangelicals brought this upon themselves. The only question is how long it will take before more of them realize what exactly they’ve sacrificed for some temporary power. 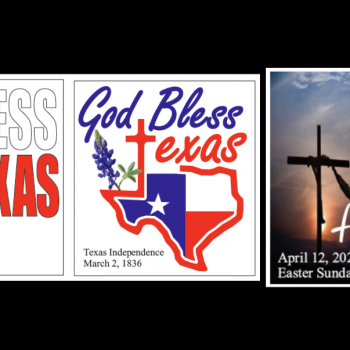