Last November, four liberals won seats on the Manlius Town Board in New York, flipping it back to Democratic control and giving them a 5-1 advantage on the committee. (It was a 5-1 Republican advantage before the elections.)

Huge change, obviously, and the result of a grassroots campaign that focused on the need for more transparency at meetings and more public involvement.

Last week, when those new members were sworn into office, they showed just how difference this board would be when three of them chose not to take their oath on a Bible. They took their oaths on the town book of codes instead.

John Deer, Elaine Denton and Heather Waters each chose to put their hand on the codes book for the swearing in ceremony on Dec. 30 in the town hall. The fourth Democrat, Katelyn Kriesel, stuck with the Bible, as did other town officials sworn in.

Why not use the Bible?

Deer said he decided not to use a Bible because he is an atheist, and also because he believes in the separation of church and state.

“I just thought it was the right thing to do,” he said.

Waters also said separation of church and state is what motivated her to use a text other than the Bible.

By making that transition together, they also took heat off of any one person who might have done it on his or her own. Watch the video. When it’s announced that John Deer is not using a Bible around the 3:00 mark, you hear someone in the crowd yell out, “Love it!”

It’s a welcome move. We need more elected officials to follow their lead and swear in on a book that’s meaningful to them and relevant to the office they now hold. If the Bible is your guiding book in a government role, you’re not doing your job very well. 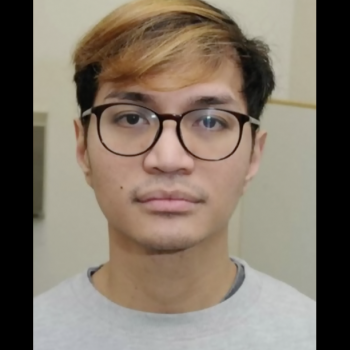 January 7, 2020
The Church Attended by Britain's "Most Prolific Rapist" Said He's a Good Guy
Next Post 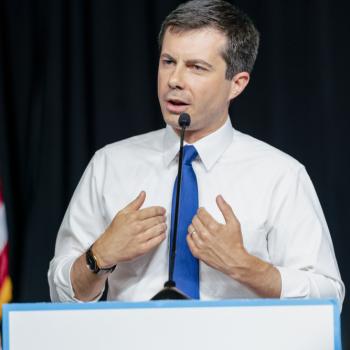 January 7, 2020 Buttigieg: I’ve Been a Christian Much Longer than Trump's "Been a Republican"
"Telling someone they’re going to burn in hell forever when that person doesn’t believe in ..."
kaydenpat Podcast Ep. 396: The Beatification of ..."
"“No one can serve two masters; for either he will hate the one and love ..."
Iain Lovejoy Survey: Pastors Who Talk About COVID ..."
"Need one for Florida."
kelemi Law Professor: Kids Shouldn’t Need “Parental ..."
"And the message the Christians take from that is not that rape is bad, but ..."
The Jack of Sandwich Hate-Preacher: Halloween’s Origins Involve Virgin Girls ..."
Browse Our Archives
What Are Your Thoughts?leave a comment