Atheist Group Grades States on “Religious Equality”; There Are Lots of Failures

Which states and the best and worst for atheists? Or at least people who support church/state separation?

American Atheists just put out a scorecard ranking states based on four groups of issues. There are the legal ones, like if they have an establishment clause in the state constitution, whether they allow tax money to fund religious institutions, and if there are religious tests for public office (even if they’re not enforceable). There’s also “special privileges for religion,” like if blasphemy is punishable, if states say you have to be religious to officiate a wedding, and if personalized license plates can raise money for religious organizations.

There’s more to it, but that’s the gist.

You can look at your own state right here, but a handful of states are objectively worse on these standards than all the others. 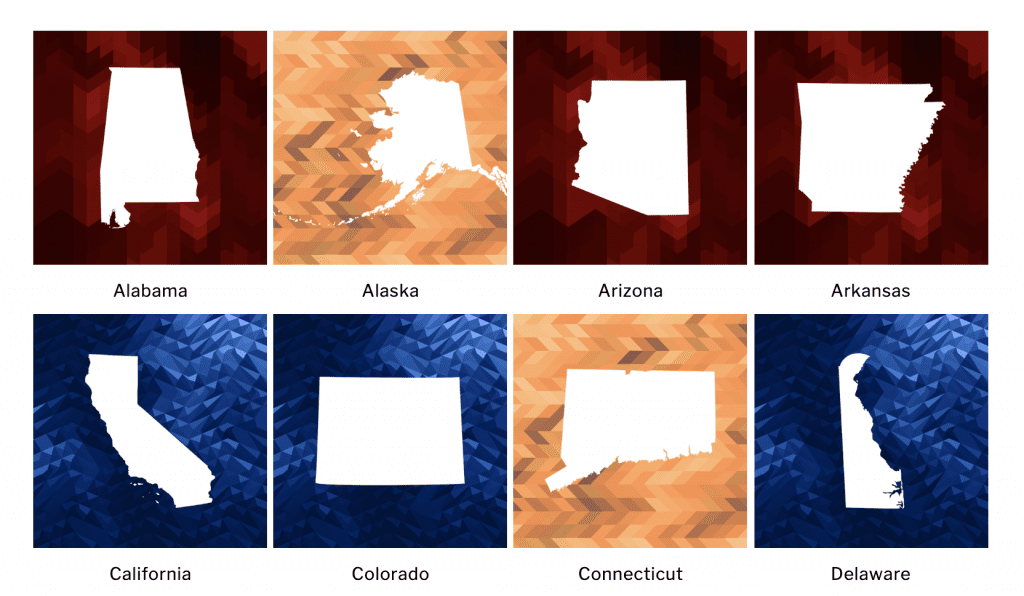 Here’s a glimpse at what the organization said about Arkansas, just to give you one example.

“Arkansas is so behind when it comes to religious equality that it still has unconstitutional religious tests for office on the books,” said Gill. “Should we be surprised that Arkansas public schools offer Bible classes and coercive religious messaging but not comprehensive, scientifically accurate sex education?”

“Christian Nationalists like Jason Rapert are making it clear that atheists, religious minorities, and anyone else who doesn’t subscribe to their distorted vision of religious liberty are second-class citizens in Arkansas,” said Nick Fish, president of American Atheists. “Thankfully, atheists in Arkansas are fighting hard every day to improve their state’s laws and ensure that religion is never used as an excuse to harm or discriminate against women, LGBTQ people, and young people.”

The goal of the scorecards is to raise awareness to these problems, more than anything else. Keep in mind these issues aren’t about promoting atheism. That’s not the role of the government. It’s to remain neutral on religion and promote evidence-based policies. Far too many states give special perks to the religious, when none of them should be doing it. Even some of the states that ranked well, like New York, have plenty of room for improvement.

If you live in a state where there are problems that need fixing — which is just about all of you — then you should contact your local representatives and urge them to take action on them. At least get the ball rolling. Nothing will change without pressure from citizens. 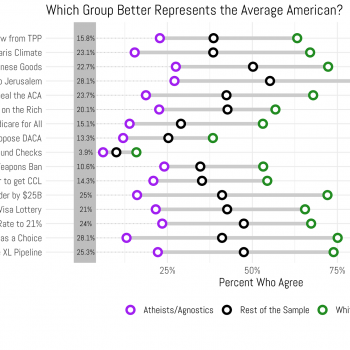 January 7, 2020
Are America's Political Views More in Line with Atheists or White Evangelicals?
Next Post

January 8, 2020 Atheists Warn Indiana School After Teachers Preach Christianity to Kids
"The worst example of any poster I've ever seen like that was reading-very briefly-Zero Hedge ..."
Dmar3 A Pastor is Doing Damage Control ..."
"Just remember that his folk will vote in 2022. They will also vote in 2024. ..."
JH Christian Pastor: Trump Will Be a Two-Term ..."
"No, lady. You ARE racist."
Kevin R. Cross A Pastor is Doing Damage Control ..."
"How dare you taunt us Americans for being exactly what we are?"
skinnercitycyclist Christian “Prophet”: The Military Will Soon ..."
Browse Our Archives
What Are Your Thoughts?leave a comment