Jim Bakker: Supporting Trump is a “Test” to Find Out Who’s a True Christian

What does it take to be “saved”? Is it accepting the divinity of Jesus?

No, no, no. The true test of being a Christian, according to scamvangelist Jim Bakker, is whether or not you support Donald Trump.

Jim Bakker declares that supporting Trump "is a test [of] whether you are even saved." pic.twitter.com/Lay3BNfihc

You know what? Trump is a test [of] whether you are even saved. Only saved people can love Trump. No, you gotta be really saved! You gotta forgive! You gotta be able to forgive… you forgive when you’re saved!

Needless to say, there’s a difference between forgiving someone’s past after they’ve repented for mistakes — which Trump hasn’t and wouldn’t do — and forgiving someone who purposely screws people over in the present.

Handing Trump a blank check to wreak havoc on the world isn’t a virtue.

But Bakker is on the right track in saying that the vast majority of people willing to defend Trump’s cruelty are the same white evangelicals who stand to gain the most from it. If that’s what their religion teaches, we’d all be better off without it. 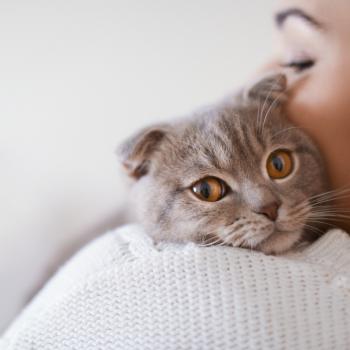 January 6, 2020
Study: Atheists Are More Likely Than Churchgoers to Own Cats
Next Post 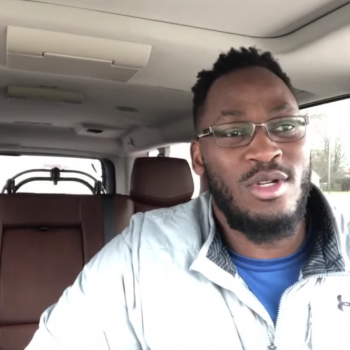