A Chicken Express Employee Was Told to Go Home for Wearing a Hijab at Work January 5, 2020 Beth Stoneburner

22-year-old Stefanae Coleman recently converted to Islam. Earlier this week, she went to work at a Chicken Express restaurant in Texas while wearing a hijab for the first time. It shouldn’t have been an issue since it didn’t prevent her from doing her job… but her manager allegedly sent her home after demanding she take off the head covering.

She even got video of the manager telling her she was violating the dress code by not strictly wearing restaurant-approved clothing.

I converted to Islam not too long ago and I started wearing my hijab, I went to work today and was kicked out because my hijab was not apart the “ dress code” apparently and I wasn’t allowed to wear it. Don’t come to the chicken express in Fort Worth!! pic.twitter.com/xiulAEJS8y

An attorney for the chain is now saying the manager made a mistake by sending her home:

Rhett Warren, an attorney representing the Chicken Express franchisee that operates the location where Coleman is employed, told CNN that sending her home was a “mistake” and that she “is not facing discrimination for her decision to wear a headscarf or for being Muslim.”

“The manager’s decision to send Ms. Coleman home for wearing the headscarf was due to a lack of training,” Warren said. “The manager was using a strict interpretation of the company policy that does not allow derivations from the standard employee uniform, and he unfortunately did not take religious liberty into consideration.“

The attorney added that Coleman was paid for the time she was sent home and that the dress code will be rewritten to be more clear about how religious clothing doesn’t violate the company’s policy.

It’s not clear what punishment the manager received for what he did; all we know is that he was “reprimanded.” Whatever that means.

In any case, if broadcasting this incident fixes this problem, then good on Coleman for raising it. A restaurant’s dress code isn’t violated just because someone wears a head covering. That’s an accommodation that doesn’t get in the way of anything. It’s reasonable.

This incident just highlights what religious discrimination looks like in action. It’s being punished for simply practicing your faith in a way that doesn’t impede anyone else. It’s also the sort of thing the majority of white evangelicals will never experience, no matter how much they like to play the victim. 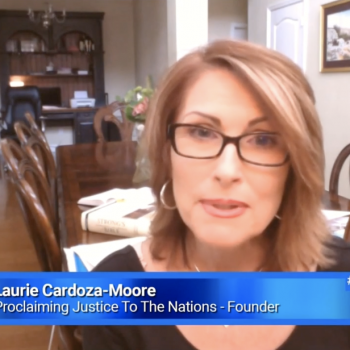 January 5, 2020
Christian Right Activist: Donald Trump "Is a Man Who Believes the Bible"
Next Post 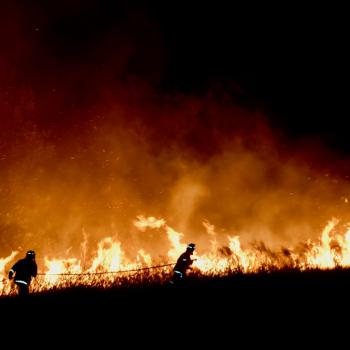 January 5, 2020 Christian Hate-Preacher, Banned from Australia, Says Bushfires Are God's Revenge
"You're making it sound like he died."
Atheist_King This is What Christianity Looks Like ..."
"I told one of them, once, that Trump is Turkish for nostril. The poor woman ..."
jomicur MAGA Cultist Pastor: The COVID Relief ..."
"https://www.belloflostsouls..."
WallofSleep MAGA Cultist Pastor: The COVID Relief ..."
"This closet queen troll has never worked a day in his life. He has no ..."
Houndentenor Robert Jeffress: You’ll Work in Heaven ..."
Browse Our Archives
What Are Your Thoughts?leave a comment