Buttigieg: Churches Aren’t Like “Other Non-Profits,” So No Transparency Needed December 29, 2019 Hemant Mehta

Buttigieg: Churches Aren’t Like “Other Non-Profits,” So No Transparency Needed

During a campaign stop in Iowa yesterday, Democrat Pete Buttigieg was asked by atheist activist Justin Scott about the recent scandal involving the Mormon Church.

A Washington Post story spurred by a whistleblower’s report suggested that the LDS Church is hoarding more than $100 billion meant for charity. One of the reasons they’ve been able to get away with that, if it’s indeed true, is because churches don’t have to be transparent about how much money they take in and where it goes out.

Other non-profits have to do this in order to keep their tax exempt statuses. But not churches. For no good reason, our government allows them to hide their cash flow. We shouldn’t be surprised to discover, then, that a large church may be scamming its members while continuing to ask for tithe money.

That’s what Justin wanted to ask Mayor Pete about: Would he consider changing the law so that churches would have to play by the same rules as other non-profits? Would he support that effort for transparency?

Buttigieg said he wasn’t familiar with the reporting about the LDS Church (which is fine), but then added that he didn’t want churches to play by the same rules as everyone else.

… so, not being very familiar with the case that you’re describing, and supporting, as I do, the tax-exempt status of churches, I would also say that any time that you have practices, whether they are political practices or profit-making practices or anything else that is outside of the realm of why that tax-protected status exists, then it is very important that there be the right level of accountability, transparency, and responsibility, and compliance.

And that will be an important part, without any regard to any individual organization’s beliefs of how enforcement works and the IRS under my administration.

… I don’t regard [churches] as being the same as other non-profits, but I do think we need to make sure…

In short, let’s hold companies accountable, but churches can still have the special perk that allows them to possibly hoard $100 billion without repercussion.

Buttigieg gave a non-response that somehow still makes things worse because he’s telling people of faith they would have permission, under his administration, to continue taking money from people without using it for the intended purposes.

The problem is that there’s no oversight for religious institutions. Apparently, a President Buttigieg wouldn’t do a damn thing about that. He may not understand the specifics about the LDS case, but ignoring the issue won’t fix the problem. I’m sure he doesn’t want to alienate religious voters by saying he would impose any kind of government scrutiny on what goes on in their churches. Still, catering to centrists by allowing a festering problem to thrive is exactly what we need to fix in politics.

We’re obviously not going to get there with Republicans. Supporting moderates like Buttigieg won’t help either. He’s the lesser of those two evils, obviously, but as far as the primaries go, Democrats have far better options on the table. 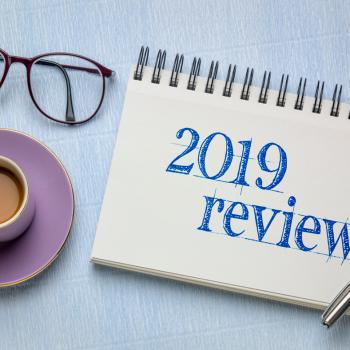 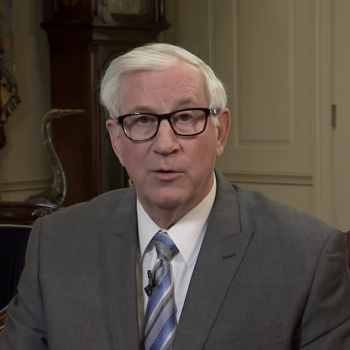 December 29, 2019 Former Nebraska Attorney General: The Governor Can Totally Promote Christianity
Browse Our Archives
What Are Your Thoughts?leave a comment