The Catholic Church, Out of Good Ideas, Sprayed a Louisiana City with Holy Water

In the Catholic Church’s latest frivolous waste of money, a Louisiana priest got a pilot to fly up and spray 100 gallons of holy water over the city of Cow Island as a way to bless the people.

It was so successful, says Rev. Matthew Barzare of St. Anne Church, that he wants to make it an annual tradition. Maybe next year they can spray 300 gallons! (Who knows how he calculated the success rate.)

The idea was first proposed by a parishioner who is studying to become a missionary who was looking for a way to spread both community togetherness and holy water across Cow Island.

And the more Barzare considered it, the more it made sense.

“Most parishes have a central location, but my area that I have to cover is a good 30 minutes to the next church, and so by plane, we realized, it might be the easiest way to sprinkle people’s fields, rather than me going in a car to different locations,” he said.

Spraying a bit of water in a large area doesn’t make anyone’s life better unless there’s a severe drought, and even then, 100 gallons won’t fix it. Barzare’s waste of fuel was as productive as holding a prayer service for rain. It’s an act that might make him feel and his congregation feel better but doesn’t actually do a damn thing.

Making matters worse, other churches have been impressed enough by the publicity that they’re thinking about spraying water from above too.

Some churches help the homeless over the holidays. Others are donating money to clear medical debt. This guy’s sprinkling some water on the ground from the air — with all the costs associated with that — and pretending he’s making a difference.

Maybe one of these days, someone in the Catholic Church will make a good decision.

(Thanks to Lynn for the link) 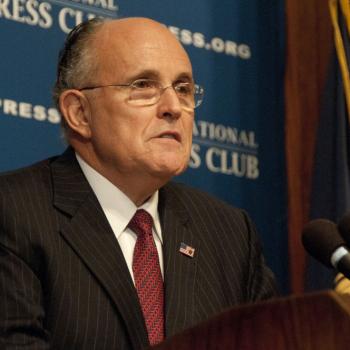 December 24, 2019
Rudy Giuliani Insists He's "More of a Jew" Than a Holocaust Survivor
Next Post 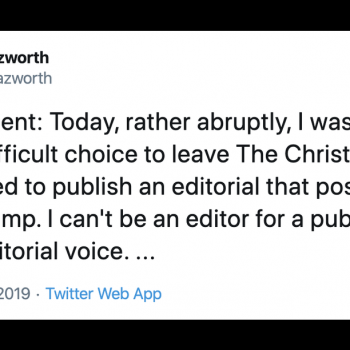