The fallout from the Christianity Today op-ed calling for Donald Trump‘s removal from office is now hitting other Christian publications.

Yesterday, Napp Nazworth, an editor at the Christian Post for nearly a decade, announced he would be quitting his job in response to an op-ed defending Trump.

Announcement: Today, rather abruptly, I was forced to make the difficult choice to leave The Christian Post. They decided to publish an editorial that positions them on Team Trump. I can't be an editor for a publication with that editorial voice. …

That response was surprising to me at first. I’ve been reading the Christian Post for years and it’s always been a never-ending flow of batshit crazy articles that include ones defending Trump. There are occasions when they’ll offer a different perspective, but it’s not like it’s a 50-50 split. Nazworth’s is saying, however, that there’s a difference between posting opinion pieces from conservatives, even if they skew in Trump’s favor, and saying the publication itself sides with Trump. It’s the latter he has a problem with.

Here’s part of that editorial, written by John Grano and Richard Land:

You may think Trump is a narcissistic, morally challenged, belligerent cad who has no business being president — except for the pesky constitutional fact that over 60 million American voters elected him to it. You may see Trump as a modern day Cyrus, the Persian king who did God’s bidding in assisting in the restoration of Jerusalem. You may think Trump is a Samson-like hero called to realign the Supreme Court, to redirect the economy toward the American worker, and/or to tear down the pillars of Deep State corruption in modern Washington. But whatever you think — and however you vote — America will certainly survive and is, in significant ways, thriving under a Trump presidency — even if it lasts another four years.

However, our religious and other freedoms will not long survive a government of elites so convinced of their superiority that they are willing to compromise constitutional due process, after illegally manipulating the nation’s national security and law enforcement apparatus behind the scenes, to depose a duly-elected sitting president — all the while declaring arrogantly to the American people that it is for their own good.

Just to state the obvious, more Americans voted for Hillary Clinton, only one party is opposed to “constitutional due process” and it’s the one trying to hold a sham trial on behalf of a corrupt president, and Christianity seemed to do just fine under previous Democratic presidents, all of whom in the past few decades have been Christian themselves. The “freedoms” that these MAGA cultists want are the opportunity to discriminate against LGBTQ people and punish women for having sex without consequences to themselves. They have to be, since it’s not like their right to worship was ever in jeopardy.

This isn’t just an editorial trashing a competing publication. It’s one that takes a position that ignorance is bliss and lying about reality is what readers deserve.

Kudos to Nazworth for walking away from all that. But it’s not like the Christian Post‘s position came as a surprise…

In any case, I’m glad these publications are aligning themselves for or against Trump. For all their talk of moral superiority, these faith-based groups are leaving a public record of how they failed on the easiest moral questions of our time. They’re proving every day that faith isn’t a virtue; in fact, it’s an obstacle to doing the right thing. 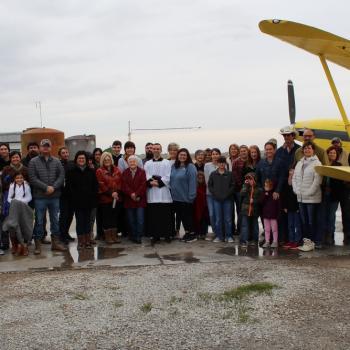 December 24, 2019
The Catholic Church, Out of Good Ideas, Sprayed a Louisiana City with Holy Water
Next Post 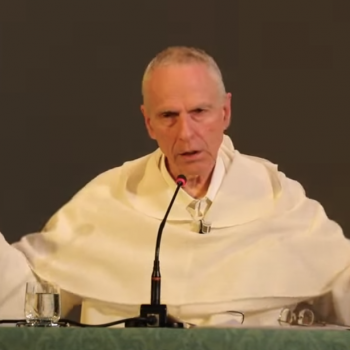 December 24, 2019 Representative for Known Child Sex Abuse Ring Warns About Dangers of Satanism
Browse Our Archives
What Are Your Thoughts?leave a comment