Christianity Today, the magazine founded by the late Rev. Billy Graham and written primarily for an audience of evangelical Christians, has published a piece by editor-in-chief Mark Galli saying that Donald Trump should be removed from office now that he’s been impeached.

It’s a far cry from the wishes of most white evangelicals, roughly 80% of whom voted for Trump in 2016. 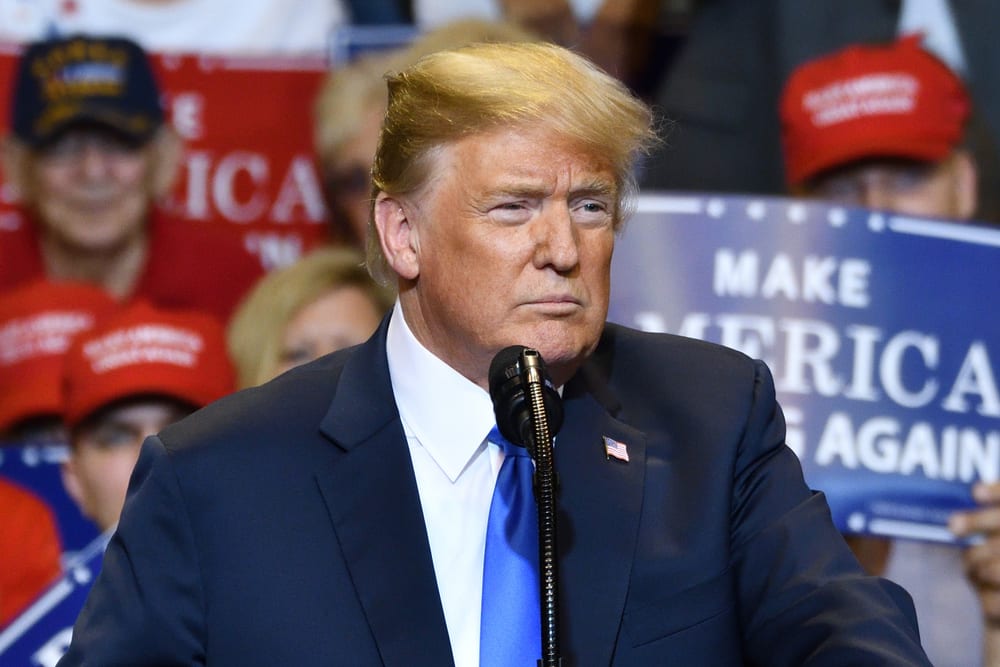 … the facts in this instance are unambiguous: The president of the United States attempted to use his political power to coerce a foreign leader to harass and discredit one of the president’s political opponents. That is not only a violation of the Constitution; more importantly, it is profoundly immoral.

… To use an old cliché, it’s time to call a spade a spade, to say that no matter how many hands we win in this political poker game, we are playing with a stacked deck of gross immorality and ethical incompetence. And just when we think it’s time to push all our chips to the center of the table, that’s when the whole game will come crashing down. It will crash down on the reputation of evangelical religion and on the world’s understanding of the gospel…

I don’t want to downplay the significance of this article. It’s important. It shocked a lot of religion reporters who follow the minutiae of various Christian groups. And it’s honesty from within the bubble, kind of like listening to attorney Andrew Napolitano on FOX News. So good on Christianity Today. I’m glad they published this. I hope they keep it up.

… That said, there are a lot of caveats that people need to consider to really put this piece in context since no one should be fooled into thinking this marks any shift for Trump’s base.

Much like retiring Republicans who suddenly muster up the “courage” to say something obvious about Trump they never could when their job depended on it — consider GOP Rep. Will Hurd, who became much more critical of Trump after announcing his retirement, and Rep. Justin Amash, who had to leave the Republican Party before he could really speak his mind — Galli’s piece isn’t so much speaking truth to power as it is saying the obvious two weeks before he leaves. Where was this guy and his criticism for the past several years?

2) The piece still has serious flaws.

In addition to the stuff quoted above, there’s plenty of Trump apologia. Just look at this:

Let’s grant this to the president: The Democrats have had it out for him from day one, and therefore nearly everything they do is under a cloud of partisan suspicion. This has led many to suspect not only motives but facts in these recent impeachment hearings. And, no, Mr. Trump did not have a serious opportunity to offer his side of the story in the House hearings on impeachment.

If people are suspect of Democrats’ motives, it’s because right-wing media covers for Trump’s inadequacies by blaming Democrats for pointing out the emperor isn’t wearing any clothes. Yes, they’ve had it out for Trump since day one because Trump’s been a lying, cheating, huckster since day zero.

And Trump is welcome to testify. Republicans are welcome to bring forth witnesses who were there for his phone call. They’re not doing it because the facts aren’t on their side. And Trump is his own worst enemy. They’d rather cover up for him — and cling to their power — than let Trump perjure himself and drag everyone else down with him.

To not admit all that is a disservice to journalism.

Galli also pretends the Mueller Report didn’t point to any abuse of presidential power, which will surprise anyone who’s actually read it. (Pray tell, Mark Galli, which parts of the Report do you think are lies?)

House Democrats put their reputations (and future elections) on the line by impeaching Trump. That wasn’t always an easy strategic move. Christianity Today is only stating the obvious after other people did all the hard work. You don’t get to take the baton, run three steps, and get credit as the hero of the relay.

Why wasn’t Christianity Today calling for Trump’s removal when it was clear he paid hush money to cover up his affairs — something that’s arguably more damning than Bill Clinton? Where are they as Trump tears apart refugee families? When he promotes white nationalists? Whether or not those policy decisions are impeachable, they point to someone who has no business running the country.

Christianity Today never called for Trump’s removal until now. As Galli writes, “We want CT to be a place that welcomes Christians from across the political spectrum.” That’s another way of saying they will apparently tolerate all the racism and bigotry and ignorance coming from Republicans because speaking out against it would be too political. (They’ve published mild pieces urging Christians to speak out against racism but failed to connect the dots about how many white evangelicals perpetuate the problem.)

There have been plenty of opportunities to speak out against Trump’s cruelty and Republicans who prop it all up. Staying on the sidelines during all this, when you have a media outlet with a sizable audience, is a cowardly move.

4) Why should we take this seriously?

As much as I’d love to treat this article as a voice of reason, it’s rich that Christianity Today denounces Trump as “profoundly immoral” and someone with “grossly immoral character” when the very same publication says committed gay and lesbian couples are “destructive to society.”

Galli wrote that, too, by the way.

How can he possibly act like Trump is immoral when his own views contribute to the suffering of LGBTQ people?

I would also add that Christianity Today isn’t (if it ever was) a publication that all white evangelicals read, much less take their cues from. That’s not a knock on them. No one publication really has that kind of influence. Even Catholics don’t take their cues from the pope. But unless white evangelical Christians with large platforms start telling their followers to vote for Democrats, or to stay home on Election Day, all of this is just for show.

The closest we get is this mild admonition to Trump’s supporters:

… To the many evangelicals who continue to support Mr. Trump in spite of his blackened moral record, we might say this: Remember who you are and whom you serve…

That’s nothing. Nowhere in Galli’s piece does he admit the best way to fix the problems that got us Donald Trump is to stop voting for the Republicans who continue to defend his immoral actions. It’s easy to say Trump’s a corrupt criminal because he is. But where’s the same condemnation for the Republicans who led us into this mess?

This piece is getting a lot of attention because it’s rare, these days, to see a voice of even mild reason from white evangelical Christians. But it’s too little, too late, and not nearly enough.

December 20, 2019 Ex-KY Governor: I Pardoned a Child Rapist Since His Victim's Hymen Was Intact
Browse Our Archives
What Are Your Thoughts?leave a comment