Not for the first time, a public high school football team has engaged in an act of Christian worship by hosting a baptism for players.

It’s happening this time at Reeltown High School in Notasulga, Alabama. Last month, students participated in a baptism (which would have been fine on its own) on school property (!) with staffers (!!) and the coach of the football team (!!!) right there. 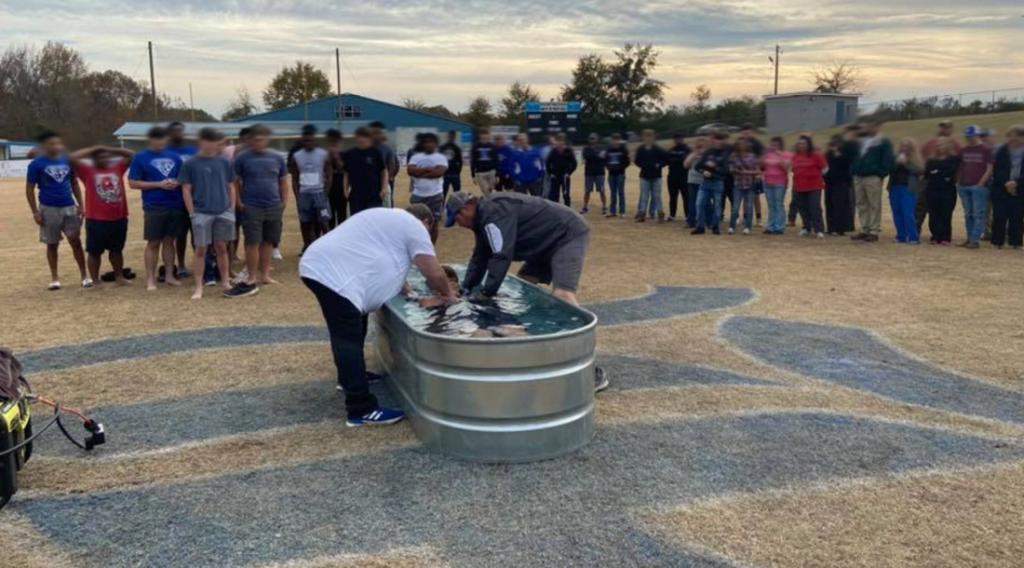 The Freedom From Religion Foundation has now sent a warning to the Tallapoosa County Schools about making sure this never happens again.

“Courts have consistently held that it is illegal for a public school to organize, sponsor, or lead religious activity at public high school athletic events, such as football practice,” FFRF Staff Attorney Chris Line writes to Tallapoosa County Schools Superintendent Joseph C. Windle. “In Lee v. Weisman (1992), the Supreme Court extended the prohibition of school-sponsored religious activities beyond the classroom to all school functions, holding prayers at public high school graduations an impermissible establishment of religion. As school-sponsored activities, football team events cannot include any endorsement of religion or religious rituals.”

This isn’t complicated. Save the religious rituals for church or home. To do it with the help and encouragement of the school sends a clear message to all non-Christians on the team (and beyond) that their views are looked down upon by the government. There’s pressure for kids to join in just to get on the good side of those who have power over them and, by extension, their futures. It’s completely inappropriate, and that would be obvious if this were any other religion.

By the way, this column from Lizi Arbogast, the sports editor at Tallapoosa Publishers, doesn’t talk about any of these issues. The whole attitude seems to be that the coach is a good man, and everything was “voluntary,” so somehow, that means nothing illegal is happening. She’s wrong. She doesn’t understand the law, and she doesn’t have the good sense to talk to anyone who does. Instead, she uses the old pathetic talking point that FFRF is from out of town, therefore they have no right telling anyone in their community what to do… even though FFRF was tipped off from someone in the community and is acting on that person’s behalf. As always.

She makes it sound like giving kids the chance to “accept Christ” is somehow a good thing.

This is why groups like FFRF are vital. There’s plenty of pressure in the community to participate. It takes a lot of courage to speak up against this kind of religious coercion. 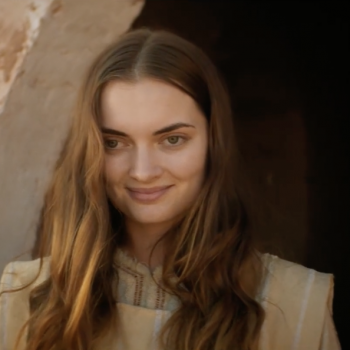 December 19, 2019
Norway Postal Service Ad Suggests the Virgin Mary Hooked Up with a Mailman
Next Post