A children’s book featuring demons who are “more silly than scary” is putting fear into Catholic exorcists and lay Christian reviewers alike.

A group of international exorcists are warning others about A Children’s Book of Demons, published in July, saying it is an attempt to get kids into Satanism. (The book, described as a “paranormal parody,” doesn’t seem to have any connection to Satanism.) 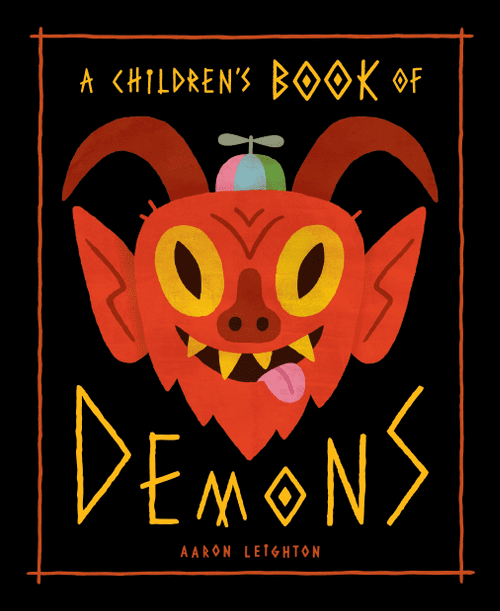 Still, the International Association of Exorcists is alerting Catholics to its dangers, according to Crux.

“You don’t mess around with demons. Whoever invites a child to summon a demon is like a person who puts a grenade in their hands to play with. Sooner or later the child will pull the pin and the bomb will explode in their hands,” the International Association of Exorcists said in a statement last week.

The people whose job is literally messing around with demons are outraged over a book meant to amuse kids ages 5-10.

Here’s a description from Amazon:

Don’t want to take out the trash tonight? Maybe you’re swimming in homework? Perhaps that big bully is being a real drag? Well grab your coloured pencils and sigil drawing skills and dial up some demons! This paranormal parody is filled to the brim with funny spirits more silly than scary!

The book is clearly meant to put a smile on your face, not a stain on your soul.

Yet a look at the reviews on Amazon also makes it clear that it’s not just exorcists living in fear over this book. The top review I saw, rated as “helpful” by 439 people, is titled, “Pure EVIL, NOT FOR CHILDREN.”

This is straight up from the pits of h*** garbage do not let any child read this book its TRASH ! EVIL

There are a lot of other predictable reviews like this given that the 184 reviews so far have averaged a score of two stars out of five, with the majority giving it one star, but I’d like to draw your attention to my favorite review instead:

My 7 year old son got this for his birthday and could t put it down for a week! At first, I was glad that he put down the video games and opened up a book, but now I’m not so sure. Ever since finishing the book he (they?) keeps referring to himself (themselves?) as Sliatiel, Lord of maggots. He’s not the same little boy anymore. He’s…oh god he’s outside the door. Please help me…

If that person writes a sequel, I’m buying it.

In any case, the fact that a bunch of adults are warning people against picking up this fiendishly funny book says far more about them than whatever may be inside. 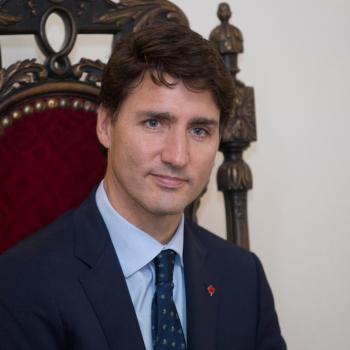 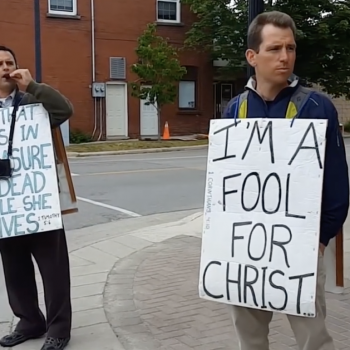 December 18, 2019 Police Investigate Ontario Street Preachers for Their Nasty Comments About Women
""I am your father's brother's nephew's cousin's former roommate.""
Zizzer-Zazzer-Zuzz GOP Rep.: All of Society’s Problems ..."
"Yea, they rolled the wrong statue out....... https://uploads.disquscdn.c..."
RAM Being an “Evangelical” Has Become Shorthand ..."
"I live in Ohio. Josh Mandel is very likely to win the open Senate seat ..."
S. Arch GOP Senate Candidate: “There’s No Such ..."
"https://uploads.disquscdn.c..."
guerillasurgeon Being an “Evangelical” Has Become Shorthand ..."
Browse Our Archives
What Are Your Thoughts?leave a comment