Rick Wiles: Robert Jeffress is Right That Jews Will Burn in Hell for Eternity

End Times broadcaster and anti-Semite Rick Wiles would like everyone to know that Pastor Robert Jeffress is right: Jews are going to Hell.

Jeffress recently spoke at a White House Hanukkah reception — which is weird on its own — but it brought to light those comments that Jeffress made nearly a decade ago.

While many people are quick to denounce Jeffress as a Trump cultist, not Rick “Jew Coup” Wiles.

Good news, @robertjeffress! Vicious anti-Semite Rick Wiles is proud to stand with you in declaring that Jews "will spend eternity in Hell in the burning lake of fire." pic.twitter.com/oN1qmPJr8T

… they’re going after Pastor Bob Jeffress because he believes that you must believe on the name of Jesus Christ to be saved, and if you don’t do it, you’ll spend eternity in the Lake of Fire.

I would be absolutely stunned if Bob Jeffress backed down. So I’m expecting Bob Jeffress to speak up and affirm what he has said in the past, many times, that Jesus Christ is the only way to salvation, and that anybody who does not believe on the name of Jesus Christ will spend eternity in Hell in the burning lake of fire. I expect Bob Jeffress will stand by that!

I don’t expect Jeffress will back down because demonizing non-Christians is all he has going for him. But to get someone like Rick Wiles on his side isn’t exactly doing Jeffress any favors.

All that said, a sizable chunk of evangelical Christians — at least 21% according to an older Pew survey — agree with these guys. They all walk around, smug in their belief that everyone who doesn’t agree with their personal brand of mythology will eternally suffer, and it brings them joy.

The problem isn’t Jeffress or Wiles. It’s the pernicious faith that encourages this kind of snowflake mentality. 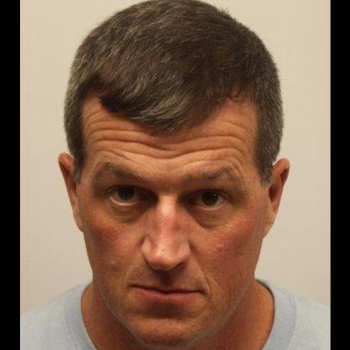 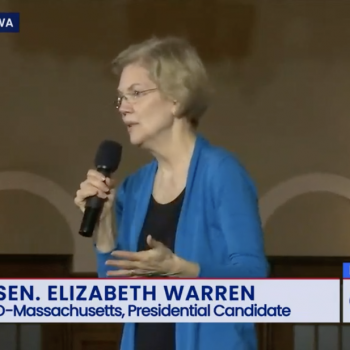