Andrea Anderson, a mother of five and licensed foster mom, is suing a CVS store and Thrifty White Pharmacy, both in Minnesota, after their pharmacists both denied her a morning-after pill despite her prescription.

Anderson’s contraception had broken one night earlier this year, and she didn’t want to take the chance of getting pregnant, so she quickly got a birth control prescription from her doctor. Yet the first two pharmacists she visited in Aitkin County refused to do their jobs.

… in a lawsuit filed Tuesday in Aitkin County, with the help of Gender Justice, a legal nonprofit, Anderson alleged the pharmacist George Badeaux refused to fill it based on his “beliefs” and “warned” against trying another nearby pharmacy. Anderson contends this was sex discrimination and violates the Minnesota Human Rights Act.

Anderson said she went to the CVS in Aitkin and was denied service again. Eventually, a third pharmacy in Brainerd gave her the medication. Anderson later filed the lawsuit and a complaint with the Minnesota Board of Pharmacy.

By the way, that CVS pharmacist, according to the lawsuit, said she called the third pharmacy and “they could not fill the prescription either.” But when Anderson went to that third location, the pharmacist, who confirmed speaking to the CVS person, said there was no problem at all getting the pill to Anderson. So it’s possible the CVS pharmacist straight-up lied.

Anderson eventually got the pill… from a location 50 miles from her house. Just as a “massive snowstorm” was hitting the area.

Given the increased risk of pregnancy from any delay in taking emergency contraception, Anderson drove over 100 miles round trip in the snowstorm in order to fill her prescription. While the drive normally takes over two hours round trip, that day it took over three hours in light of the storm.

For what it’s worth, Thrifty White said Badeaux is no longer working for them. CVS has also said it’s investigating the situation since they have policies meant to stop something like this from happening.

It’s also important to realize Minnesota has no laws overseeing this kind of situation. Women’s health is apparently up for grabs in the state because legislators are willing to let pharmacists’ personal beliefs override doctors’ decisions. The lawsuit doesn’t mention the religion of either pharmacist, but I’d bet good money on what it is. Regardless, this is a dangerous precedent.

Pharmacist who refuse to do their jobs because they’d rather judge clients than help them should have their licenses revoked. They’re actively putting patients in danger because of some irrational, often-faith-based belief. If this lawsuit doesn’t fix the problem, then lawmakers should take it up. In a state where the GOP has only a slight edge in the State Senate, but Democrats have the State House and governorship, this is an issue worth fighting for.

(via Gender Justice. Thanks to Brian for the link) 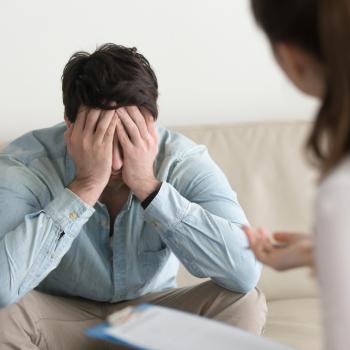