An Ohio Lawmaker Lied About His Ties to the Christian Right’s “Project Blitz” December 10, 2019 David Gee

Another day, another conservative Christian lawmaker caught in a lie.

This time, the politician is Timothy Ginter, an Ohio state representative who denied having any knowledge about a right-wing Christian “bill mill” that pushes legislation proposals that directly conflict with the separation of church and state.

As readers of this site are well aware of, that’s a reference to “Project Blitz.” But despite claiming “no knowledge” of the conservative Christian project — a dubious statement to begin with — Ginter was actually found to be co-chair of a state branch of one of the groups that created Project Blitz, according to the Guardian.’ 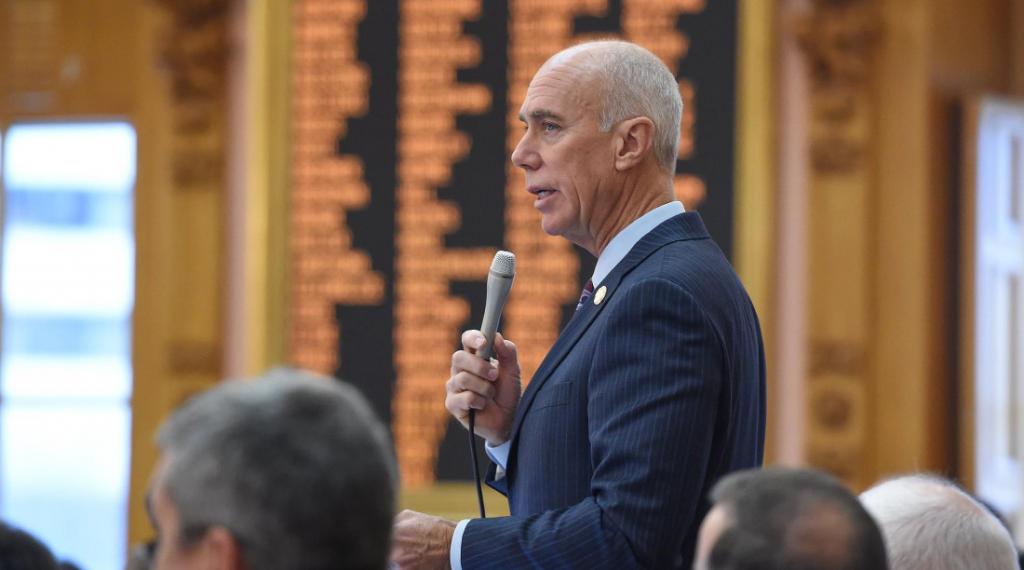 In short, there’s no way he’s in the dark about the attempt to push bills that accomplish the Christian Right’s goals.

When initially approached, Ginter told the Guardian in an email from a legislative aide that he had “no knowledge of ‘Project Blitz’ and has not been working with WallBuilders or the Congressional Prayer Caucus”.

That screenshot is from earlier this year, long after Project Blitz first went public.

And if that’s not enough, here’s the Ohio Prayer Caucus bragging about Ginter: 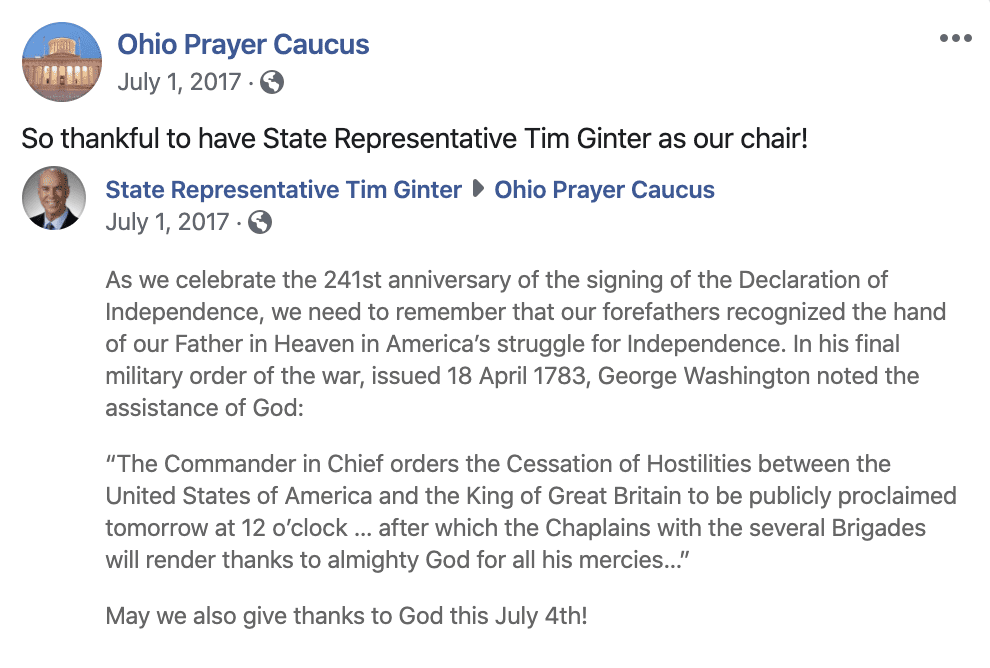 Ginter, as a politician, owes the public some transparency about who’s influencing the legislation he’s sponsoring or signing. In this case, he’s not just hiding something about himself; he’s directly lying about taking ideas from a “think tank” (the word “think” is used very loosely) that aims to counteract the Establishment Clause.

“I would call it an outright lie,” said Frederick Clarkson, a senior research analyst with Political Research Associates, and an expert on the Christian right. “The Prayer Caucus in the states are the action arm of Project Blitz — it is Project Blitz,” he said. “When he told you, ‘I’ve never heard of Project Blitz,’ that was a lie,” said Clarkson.

The Guardian repeatedly called and emailed both Ginter and the Republican Ohio house speaker, Larry Householder. Neither responded to these phone or email requests.

It’s not often you see Christian lawmakers shy away from talking about God, but when you’re caught in a lie, even the God talk comes to a halt. Temporarily. What’s scary is the idea that Ginter is just lying low for now, eager to return and sponsor even more bills designed to benefit right-wing Christians at the expense of everybody else. 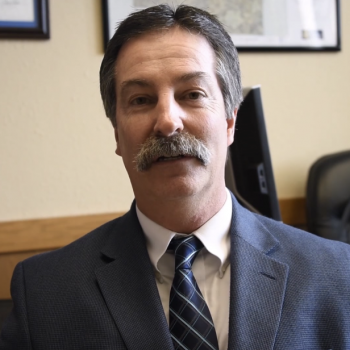