Of course they are, says psychologist Dr. Chris Thurman, writing a guest piece for the Christian Post.

You foolish evangelicals, Trump has bewitched you. Stop calling him good when he is evil, light when he is darkness. Have nothing to do with him.

Those are powerful words, especially given the outlet, but author and right-wing conspiracy theorist Michael Brown has now written a response to that piece that shows just how right Thurman was about Trump’s effect on conservatives.

Name a strength that’s unique to Trump. Good luck. Whatever potential there has been for Trump to do good, he has squandered it at every opportunity. There appears to be no bottom for him — no corruption he won’t embrace so long as it benefits himself.

Brown didn’t provide that nuance because he was too busy drinking the Kool-aid.

At the same time, I’m looking at the bigger picture, and Trump really is engaged in some major, existential wars.

Never before in my memory have we seen the depths of the DC swamp.

Brown is giving Trump credit for wars that he created. And while even Democrats have been guilty of cronyism and embracing big money in government, there’s virtually no Cabinet member, judicial nomination, or high-level staffer right now who’s there because he or she is best person for the job. What matters, and what we’ve seen since Trump entered the White House, is that he prefers fealty over competence.

You can’t see the depth of the swamp when you’re too busy filling it yourself.

Or the bias and even dishonesty of the media (on both sides, actually, but especially on the left). Or the blood-thirsty nature of the pro-abortion camp. Or the extreme radicality of the left (including the new push for socialism and the attempt to silence opposing ideas, even violently). Or the danger of the internet giants suppressing conservative voices and influencing elections.

This is what Trump is fighting, and as flawed as he is, those of us who support him recognize that very few men would be able to withstand all this pressure without caving and compromising along the way.

Funny how quoting Trump’s own words and actions — which is what the media does — counts as “dishonesty” by Trump’s cult. Conveniently, Brown doesn’t cite any examples to support his claims. Nor does he acknowledge any of the valid data about how abortions would actually increase in number if the procedure was banned once again. There’s no evidence of “internet giants” suppressive right-wing voices — if anything, they bend over backwards to accommodate those voices to the peril of everyone else. And if Brown is worried about election interference, then he ought to embrace the Voting Rights bill House Democrats passed yesterday and demand Senate Republicans pass the election security measures House Democrats have already passed. They won’t. And he won’t.

The most ludicrous part of Brown’s defense comes at the end of the article:

Ironically, Thurman rejects any possible notion that Trump is foreshadowed in the Scriptures (say, as a Cyrus figure, meaning a pagan king who did not know the Lord yet was chosen by God to help Israel). Yet he claims that 2 Timothy 3:1-5 is written as a warning about Donald Trump.

That’s why I say that he is making the same mistake as those he criticizes, just from the exact opposite perspective.

This is a technique I like to call narcigesis: putting oneself in the center of the biblical text. There’s no reason to think the Bible was just predicting what would happen in the early 2000s. That makes as much sense as saying the Bible was about Boris Johnson or some random 14th-century leader in a remote country.

The Bible is an ancient book written by people who lived in those times. It’s not a justification for Republican cruelty today. Brown fails to recognize that because he’s too busy worshiping Trump. He found a new religion and he’s not about to let go of it. 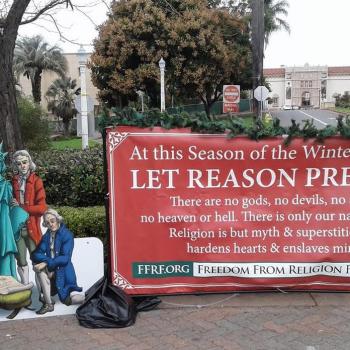 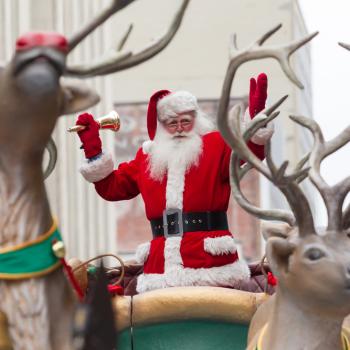 December 7, 2019 Fears of Right-Wing Violence Lead N. Carolina Towns to Cancel Christmas Parades
Browse Our Archives
What Are Your Thoughts?leave a comment