A Woman Was Nearly Kicked Off a Flight for Wearing a “Hail Satan” Shirt December 7, 2019 Hemant Mehta

About a month ago, Swati Runi Goyal was flying with her husband to Las Vegas from her home in Florida, but as soon as she got into her seat, an American Airlines crew member told her she needed to change her shirt or she wouldn’t be allowed to fly.

That’s because she was wearing this silly shirt reading “Hail Satan” and “Est. 666.” 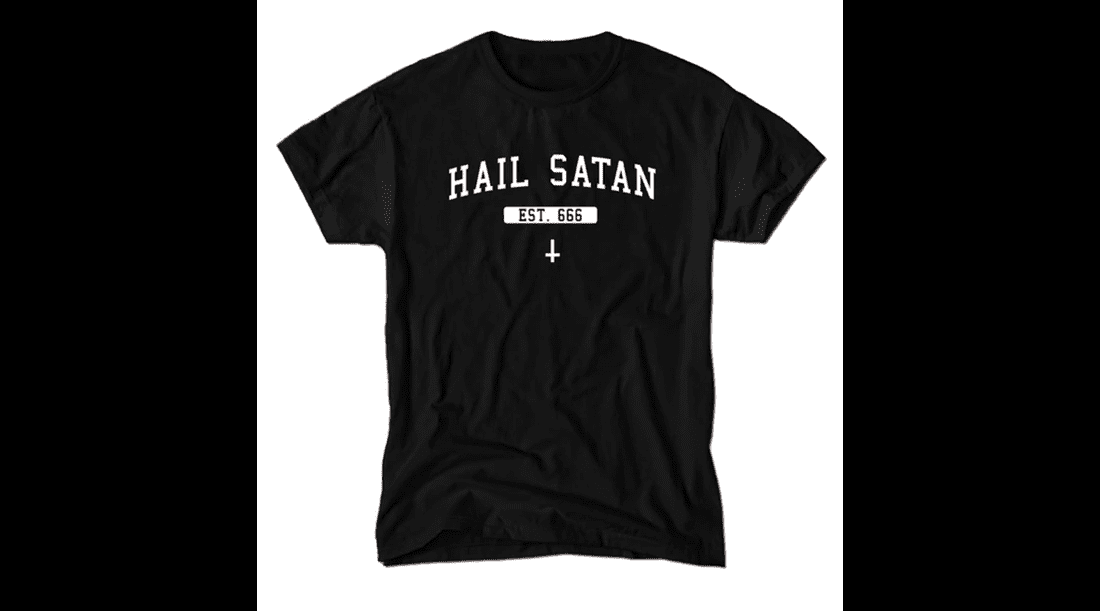 In an interview with BuzzFeed, Goyal explained that she’s a member of The Satanic Temple, which isn’t evil and doesn’t believe in Satan either.

“It’s an ironic shirt,” Goyal told BuzzFeed News. “People usually laugh at it, or they give me a thumbs up because they understand the meaning behind it.”

“I’m just an ordinary-looking person,” she said. “I’m not goth. I don’t have piercings. I wasn’t wearing a shirt that had a goat being beheaded on it.”

“[I was] wearing L.L.Bean hiking pants and vegan sneakers,” she added. “I mean, I couldn’t look like more of a nerd.”

Americans Airlines has a policy that says appropriate, non-offensive clothing is required on flights, but this shirt is neither offensive nor inappropriate. It’s far worse to wear a Christian cross necklace that signifies how non-believers will burn in Hell for eternity than a shirt that ironically references Satan, yet Goyal was the one who got in trouble.

She was able to stay on the flight, but only because her husband gave her the top layer of what he was wearing, allowing her to cover up the words on her shirt.

American Airlines has since apologized to her:

Contacted by BuzzFeed News on Friday, American Airlines spokesperson Ross Feinstein expressed regret for how the situation was handled.

“We apologize to Ms. Goyal for her experience, and we are reaching out to her to understand what occurred,” Feinstein told BuzzFeed News.

Later, Goyal told BuzzFeed News the airline had called and offered to refund both tickets, and assured her that the investigation remained ongoing.

That’s a start. What the airline needs to do, however, is explain what constitutes an “offensive” shirt in their minds. If Christians are upset by others mocking their superstitions, then they should stop believing in nonsense. The shirt didn’t attack anyone, and it wasn’t provocative. It’s just a joking reference to a Christian myth. It’s hardly worth stressing over, much less complaining to an airline agent.

Keep in mind that, earlier this year, United Airlines allowed a man to fly despite a shirt that said journalists ought to be lynched. (Take a wild guess which political party he supports.)

The only problematic customer in this case was whoever whined about the Satan shirt. Kick that person off the flight. And give the crew members more training. 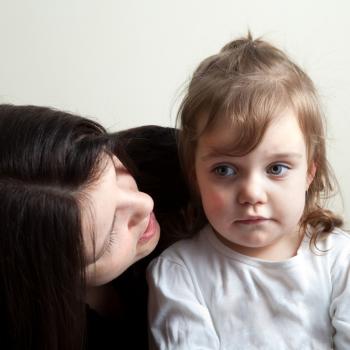