Back in October, the Freedom From Religion Foundation sent a letter to the Cameron School District in Missouri after learning that the local high school’s head football coach (Jeff Wallace) and assistant coach (David Stucky) were holding “chapel” services before and after games “where coaches pray with players and read and discuss bible verses.”

Wallace would also lead players in prayers after games on the field. He’d also bring in preachers to proselytize to the team.

All of that is obviously illegal. If FFRF filed a lawsuit over this matter, they would win. Easily. This letter was a helpful warning about the legal obligations of the district and why it would behoove them to fix the problem immediately rather than putting themselves at risk.

But on Tuesday, Missouri’s Attorney General Eric S. Schmitt sent his own letter to the school board informing them that all the coercive prayers were perfectly acceptable. The letter is so devoid of any legal thinking, it’s shocking that it’s not written in crayon. He also adds that if there is a lawsuit, Schmitt will defend the district through his office.

Which is another way of saying he’ll waste taxpayer money to promote Christianity.

Schmitt’s letter boils down to the idea that religious invocations are legal (who cares), FFRF is an “extreme anti-religion organizations” with a “radical agenda” (who knew defending the First Amendment was radical?), and FFRF might not sue because there’s no evidence of a potential plaintiff. That last one is especially disturbing because Schmitt is basically saying no student would dare to sue the district over this. That may be true, but if so, that’s the exact point FFRF is making. When the district is pushing Christianity on kids this hard, it becomes even harder for courageous whistleblowers to call them out on it.

Still, FFRF laughed off the notion that Schmitt’s letter should provide any comfort to the district:

“This conduct is unquestionably illegal, and Attorney General Schmitt likely knows that, which is why he cites no case law regarding the Supreme Court’s clear decisions about religious endorsement and prayer in public schools.” FFRF attorney Chris Line said. “Instead, he cites legislative prayer cases that have no bearing on whether school officials can engage in religious activities with students.”

Missouri’s top lawyer doesn’t seem to understand the law, and it’s the citizens who may inevitably have to pay for his ignorance. 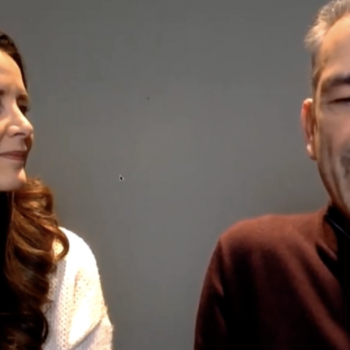 December 5, 2019
Dominionist Pastor: God Will Split History Into "Before Trump" and "After Trump"
Next Post 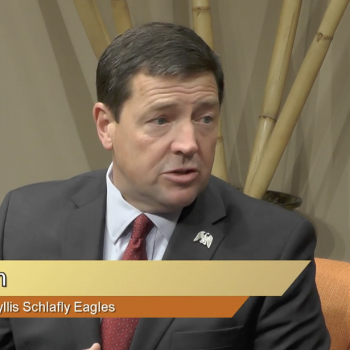