Bill Lee, the Republican governor of Tennessee, already said earlier this year that the principle of church/state separation only blocked government from influencing religion, not the other way around. He also held a literal “worship” service on the day of his inauguration.

And then, in September, he announced that October 10 would be an official day of prayer and fasting across the state for… oh, who knows. It’s all bullshit.

Yesterday, speaking at the Nashville headquarters of the Southern Baptist Convention, he reiterated his irrational belief that if enough people pray for Tennessee, God will answer the prayers.

Lee said he prays that Tennessee does not experience a school shooting, that the state’s opioid epidemic will diminish and that Tennessee’s educational outcomes improve. If thousands of people offer similar prayers, he believes God will impart his favor on Tennessee.

If that were true, then Republicans should unilaterally retire from all government positions and focus on praying. As any kid dying of cancer could tell you, it doesn’t matter how many people pray for you, the disease isn’t listening.

The irony is that having a GOP leader like Lee in office means that more conservative policies will pass, which makes it more likely that Tennessee will experience gun deaths, and have more victims of the opioid epidemic, and worse educational outcomes. 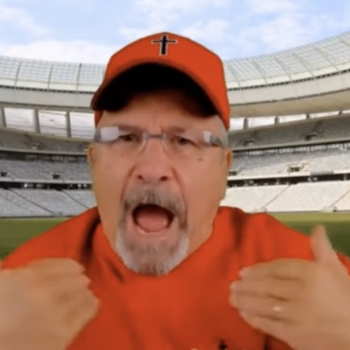 December 5, 2019
Dave Daubenmire: Jews Should Be "Begging to Become Christians"
Next Post

December 5, 2019 The Army Isn't Blocking a Christian Company From Selling Religious Dog Tags
Browse Our Archives
What Are Your Thoughts?leave a comment