Warren (MI) is Home, Once Again, to a Sign Reading “Keep Saturn in Saturnalia”

If you’re visiting Warren, Michigan this week, be sure to check out this banner that says “Keep Saturn in Saturnalia.” 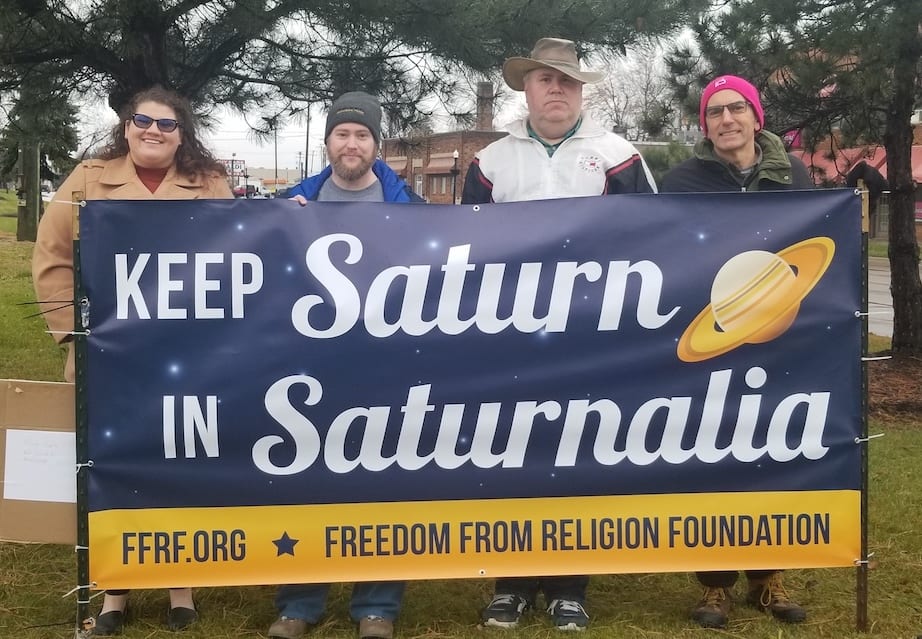 Saturnalia, observed during the time of the Roman Empire, was one of the largest of the Winter Solstice festivities, and many Christmas traditions are based on it. The slogan on FFRF’s banner is meant to be a riff on “Keep Christ in Christmas,” and to remind the public of the real “reason for the season”: the Winter Solstice.

In 2008, FFRF Legal Director Rebecca Markert sent a letter to the Macomb County Road Commission requesting an investigation into the placement and permit of a nearly 10-foot-tall crèche at the site where the FFRF banner is now displayed. The commission determined that the person who installed the Nativity scene in the median of a highway had never received a proper permit and ordered him to remove it.

After a lengthy court battle, the 6th U.S. Circuit Court of Appeals said any individual or organization could apply for a permit to put up a display. That’s when FFRF arranged for a banner to be put up alongside the Nativity scene.

You may recall that the same message went up on a billboard in New Jersey in 2013. It was mildly vandalized and set on fire (though the fire went out quickly). A year later, Clear Channel refused to run the same billboard because they didn’t want to deal with all the hassle. 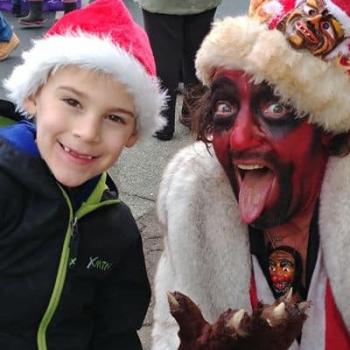 December 4, 2019
A Newspaper Typo Led to "Satan" Showing Up at a Christmas Parade
Next Post 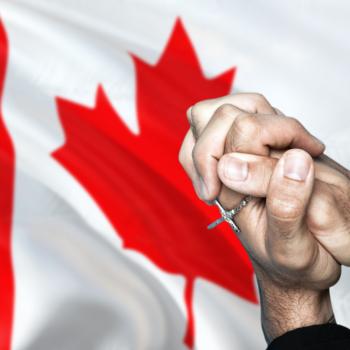 December 4, 2019 Canadian City Blurs Church-State Line With “Christian Heritage Month”
"You don't normally hear of autopsy reports that read like bingo cards."
Dmar3 These People Didn’t Leave Their Churches; ..."
"I saw.. a lot of text. I saw stuff about denying the big bang. Determinism. ..."
Makoto A GOP Lawmaker’s “Earthen Vessel” Rant is ..."
"Remember how pink hair lady keeps talking about cows driving tractors in heaven and cities ..."
Makoto Evangelist: Genetic Testing Companies Like Vaccines ..."
"You know, I tried reading a few of his, but they never hooked me in ..."
Makoto Richard Dawkins Urges People to Sign ..."
Browse Our Archives
What Are Your Thoughts?leave a comment