Pastor: The Southern Baptist Convention Is Too Liberal, So We’re Leaving

Yet another church has announced it’s separating itself from the Southern Baptist Convention, but this time, it’s not to avoid an investigation into sexual abuse. Grace Life Church of the Shoals in Muscle Shoals, Alabama says it will no longer be affiliated with the SBC, says Pastor Jeff Noblit, because it’s becoming way too liberal.

By which he means they’re not dismissive enough of female preachers like Beth Moore. (And that’ll create a slippery slope eventually leading to “homosexual preachers.”)

Calling it a “serious issue,” Noblit said the Scriptures are “unequivocally clear” in their prohibition against female pastors and preachers. But now, he said, “We have key, prominent Southern Baptist leaders who are accommodating and blessing this.” And the reason why people are supporting Moore, said Noblit, is because of the number of followers she has online.

Actually, plenty of Christians — male and female — disagree about Scripture being “unequivocally clear” on this issue. But when you’re predisposed to dismiss more progressive Christians as illegitimate Christians, no amount of evidence (even from the Bible) will ever convince you otherwise.

Noblit also trashed the SBC for embracing “critical race theory and intersectionality”… which is another way of saying even Christians need to understand the experiences of other Christians who aren’t white men. It’s a view that’s been championed by Christians of color who are pastors and scholars. But Noblit had no interest in their perspective, writing them off as “unbiblical, God-hating, God-rejecting people.”

Again, they’re Christians, too. Just wait until he learns what color the Bible’s writers were. And Jesus.

Oh well. No loss for the SBC. Sometimes the trash takes itself out.

November 26, 2019
Christian Publisher: Trump's Critics Are Influenced By the Devil
Next Post 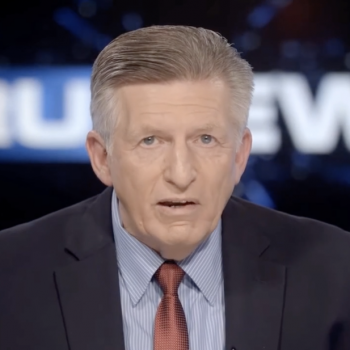 November 27, 2019 Right-Wing Commentator Rick Wiles Blames "Jew Coup" for Trump Impeachment Effort
"Mine means "marsh shepherd" in some bastardized version of Welsh, supposedly."
K. Ramsuer Anti-Vax Preacher: “I’ve Got a Vaccine ..."
"Chosen by god - the excuse every suicide bomber, genocidal crusader & witch-burner has used ..."
Bob Jase GOP Lawmaker: Israel and the U.S. ..."
"Walmart heiresses are wealthiest women in the world with worth valued at $58 BILLIONhttps://www.dailymail.co.uk/news/article-2150670/Walmart-heiresses-wealthiest-women-world-worth-valued-58-BILLION.htmlWalmart Seeks ..."
Jim E Jones Televangelist Jim Bakker Owes Customers $156,000 ..."
"”...and the guy says, “Sir, have you had the vaccine?”...”Like the Tiny Handed One, when ..."
adhoc Anti-Vax Preacher: “I’ve Got a Vaccine ..."
Browse Our Archives
What Are Your Thoughts?leave a comment