According to televangelist Jim Bakker, the election of Donald Trump in 2016 was so monumental that the number of earthquakes around the world took a nosedive. It was clearly God’s way of telling us how pleased He was.

Where is that graph from? Who knows.

Doesn’t it tell us something that the number of earthquakes has gone up since the election? Bakker didn’t comment on that.

But still, what’s up with that dip?!

Simple: Bakker made it up.

As with all his other Christian proclamations, he just pulled this one out of his ass. Right Wing Watch points out that the number of earthquakes around the world in 2016 was roughly the same as the years before and after — slightly higher, in fact!

It looks like Bakker faked his chart, as the actual data shows no such drop in 2016. pic.twitter.com/qROLbh8mjT

Bakker’s chart is so fake, I’m surprised Trump didn’t draw on it with a Sharpie.

Mind you, Bakker himself said that an earthquake that took place a month after the election was proof that God was trying to “shake” awake the sleeping church.

So did God cause or pause earthquakes? 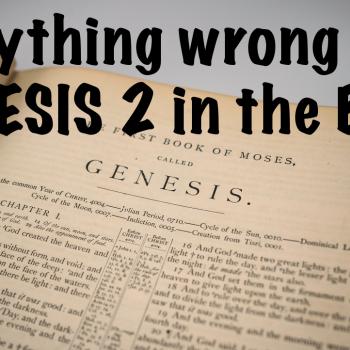 November 25, 2019
Everything Wrong With Genesis 2 in the Bible
Next Post

November 26, 2019 Catholic Priests Get 40+ Years in Prison for Sexually Abusing Deaf Kids
Browse Our Archives
What Are Your Thoughts?leave a comment