Alleged child molester Roy Moore, still vying for the Republican nomination to win a U.S. Senate seat in Alabama back from Doug Jones, says he longs for the good old days of the 1960s… before abortions were legal nationwide, before the Civil Rights Act was passed, before there were rights for LGBTQ people, and before we ever took universal health care seriously.

He made the comments last week to the Huntsville Republican Men’s Group, as noted by the Alabama Public Reporter.

“We have got to go back to what we did back in the sixties and seventies back to a moral basis,” Moore said. “We did not have a national healthcare system. You know when Obama passed this thing rising all our costs and business started going down the tube everybody said it was going to be repealed. You never hear anybody in Congress talk about it now. Our indebtedness was $22 trillion. Back in the sixties and seventies it was much lower. It was a sixth of that. Abortion was not legal when I went to Vietnam. It was passed later. It was oked later. We had abortion laws in our country and our state. We did not have same sex marriage. We did not have transgender rights. Sodomy was illegal. These things were just not around when my classmates and I went to West Point and Vietnam.”

“Our education system, that is something that really gets me, because back when I was in school in 1965, we had prayer in school,” Moore added. “We had prayer before our football games. The Ten Commandments could be displayed in school up until 1980. In 1980 when the Supreme Court outlawed it. They said if posted copies of the Ten Commandment have any affect at all it would cause children to read them. Meditate on that perhaps to venerate and obey them and this is impermissible under the establishment clause? I am going to tell you that it’s not impermissible to view the law upon which our nation is founded.”

The former Chief Justice of the Alabama Supreme Court is apparently unaware that the Pledge is still recited in schools, that prayer is still legal (but not mandatory), and that the 1960s were awful for a hell of a lot of people who don’t look like Roy Moore.

Not that he cares. Moore believes his Christianity gives him the right to force his archaic religious views on everybody. And if the bodies of women are sacrificed in the process, so be it. Wouldn’t be the first time he didn’t give a damn about them. (Incidentally, abortions were legal in Alabama before Roe, at least to save the life of the mother.)

His beliefs about forcing Christianity on the masses, and banning same-sex relationships, and mandating childbirth for all impregnated women should’ve been discarded long ago, but they’re alive and well in Alabama where Moore’s candidacy is hardly one that can be ignored.

Maybe Moore also dreams of winding back the clock because there was a time he could get away with talking like this. Maybe that’s true in his circles, but even Alabama voters didn’t want to hear it the last time he was on the ballot. 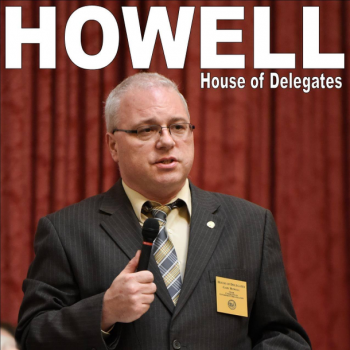