Christians Are Fighting Over Whether Chick-fil-A Is Still Sufficiently Anti-Gay November 24, 2019 Hemant Mehta

Conservative Christians are now fighting with each other over whether Chick-fil-A is still sufficiently Jesus-friendly enough so they can stuff their faces. 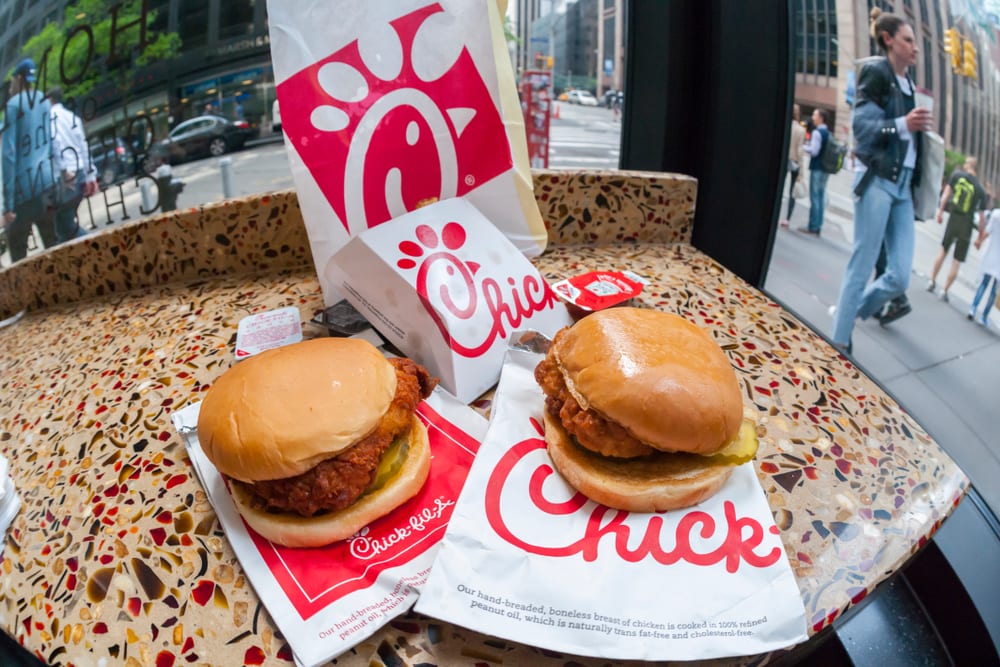 Last week, the restaurant chain announced it would be restructuring its charity giving in a way that focused on helping the poor and meant it would no longer be giving donations to groups like the Fellowship of Christian Athletes. That angered right wing Christians, who saw the move as a capitulation to LGBTQ activists who have long criticized the company for giving to groups that were explicitly or implicitly anti-marriage equality. Giving to the needy, apparently, wasn’t Christian enough for them.

Evangelist Franklin Graham defended the company. In a post on Facebook last week, he said he had spoken to the restaurant chain’s owner and he was assured Chick-fil-A “remains committed to Christian values.”

… I picked up the phone and called Dan Cathy. Dan was very clear that they have not bowed down to anyone’s demands, including the LGBTQ community. They will continue to support whoever they want to support. They haven’t changed who they are or what they believe. Chick-fil-A remains committed to Christian values. Dan Cathy assured me that this isn’t going to change. I hope all those who jumped to the wrong conclusion about them read this.

In my opinion, the gay movement wouldn’t ever be happy with Chick-fil-A unless they were open on Sunday, gave all of their charitable donations to LGBTQ organizations, and flew the rainbow flag over their stores! Their hatred for Chick-fil-A is rooted in founder Truett Cathy’s strong stand for biblical “traditional” values and his desire to honor God…

As usual with Christians like Graham, the lies are everywhere. At least in that whole bit about what “the gay movement” wants. No one cares when the restaurant is open. No one asked them to fly a rainbow flag. No one asked them to give money to groups that support civil rights. How about just not giving to bigoted groups? That would do just fine.

But that part about the company’s commitment to Christianity isn’t a stretch, even by Graham’s definition of the faith. They’re helping the poor. That’s a good thing.

No wonder Liberty Counsel’s Mat Staver is angry. If Chick-fil-A isn’t actively making LGBTQ people mad, why even bother eating food anymore? In an open letter to the restaurant and Graham, Staver insists the company hates gay people and they should act like it.

Franklin, you have done a huge disservice by not doing more investigation into Chick-Fil-A’s betrayal and capitulation to the LGBT agenda. While Dan Cathy may say the company has the same values, the company’s statements and actions tell a different story…

But Chick-Fil-A’s betrayal of the Christian community will not satisfy the LGBT activists. These groups are calling for more, including employment benefits.

Chick-Fil-A voluntarily surrendered to gain entrance into more liberal communities. In doing so, the company has caused incredible damage to the greater Christian community.

At least he admits that helping the poor is damaging to Christians. The only way to help the “greater Christian community” is by hurting as many LGBTQ people as possible through donations to groups that reject employees in same-sex relationships.

The funny thing is that Staver is probably right that Chick-fil-A’s move was meant to shed a reputation that was bad for business and be able to compete with secular chains like Popeyes which also sells chicken sandwiches. But he’s so infected by his own bigotry that he doesn’t even think a company can be described as Christian unless they’re spreading hate.

I’ve said this before. I’ll say it again. This should have been a win-win for Christianity. Chick-fil-A could have maintained the mantle of a “Christian” company while walking away from the things that made people avoid visiting the restaurant. It would’ve been good for business and a way for Christianity writ large to get positive press.

Instead, conservatives are insisting Chick-fil-A was, is, and should always be a hateful company, and anything less is a rejection of their faith.

I couldn’t have dreamed up a better advertising campaign for atheism.

November 24, 2019
Televangelist: Criticism of Trump is Satan's Plan to Block the Return of Jesus
Next Post 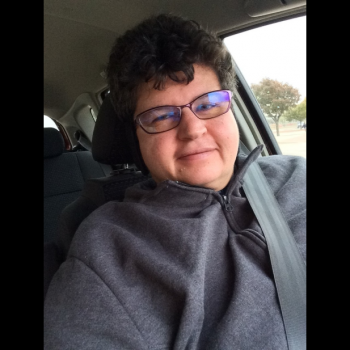