Remember last week when the Toronto District Catholic School Board (TDCSB) voted on a measure to add LGBTQ-related terms (like “gender identity” and “marital status”) to the list of protected categories in their Code of Conduct?

It was considered something of a victory for LGBTQ students and queer Catholics more broadly… but it seems the discourse leading up to that win was even uglier than we had guessed.

We knew that Vice-Chair Michael Del Grande had linked acceptance for LGBTQ students to acceptance of bestiality, pedophilia, and the like. That’s an old homophobic talking point we’ve all heard before. 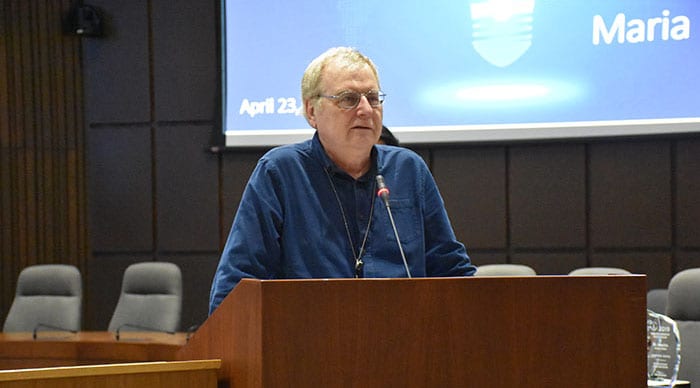 But it turns out Del Grande went beyond just repeating those points. He actually proposed an amendment that, if trans and non-binary identities and queer families were going to be protected under the Code, they must also include bestiality, pedophilia, cannibalism, auto-erotic asphyxiation, and “auto-vampirism” — just a few items on a long list of rare paraphilias he seems to have spent way too much time and energy compiling.

Del Grande said he was trying to make a point about the “slippery slope” that would come with affirming diversity of gender identity and expression:

I’d like all these terms to be considered — after all, everybody’s concerned [that] the right terms are used. It’s important to have the terms… The point I wanted to make is you wanted to add four terms. And my concern is that, why stop at the four terms? Because it doesn’t cover everybody.

Del Grande and his defenders have explained his amendment was “hyperbolic” and never meant to be adopted, as if people are getting angry because they believe he is earnestly defending pedophiles and cannibals. Whether deliberate or accidental, he has completely missed the point of his community’s outrage.

To imply that protecting LGBTQ identities from discrimination necessitates protections for violations of consent and outright crimes is cruel and disgusting. To actually introduce the idea as part of formal efforts to create a more inclusive Code of Conduct is somehow even worse.

At the beginning of this week, the school board claimed it hadn’t received any formal complaints about the incident. However, the TDCSB later said they had received complaints about Del Grande’s comments and planned to bring the matter before trustees for “immediate review and action.”

When one complainant called for Del Grande’s resignation based on the cruelty of his “disgusting ignorance,” the trustee declined “because Jesus loves me.”

To invoke a well-known bumper sticker quotation, maybe Jesus loves you, Mr. Del Grande, but everyone else thinks you’re an asshole.

(Image via TDCSB. Thanks to Kyle for the link)

November 22, 2019 Right-Wing Author Michael Brown Hurls "Jezebel" Insult at Pro-Choice Priest
Browse Our Archives
What Are Your Thoughts?leave a comment