Ever since Duck Dynasty went off the air, Phil Robertson and his family have been functioning as unwitting surrogates for Donald Trump. And since there’s nothing to praise Trump for, they’ll just make stuff up.

For example, over the weekend, during an episode of Blaze TV’s “Unashamed” podcast, Robertson and his sons Al and Jase celebrated Trump’s evolution as a Christian.

“The second time [you met Trump], you actually shared the gospel with him, and that was right before he got elected,” Al Robertson said. “And then the third time, he called you to congratulate you on your book, and in that conversation — [Jase] said this — he said, ‘Phil, you’re one of the wisest men in America.’ Remember when he said that? So, that’s what he’s said about Dad. So, he has seen that and realized — so this, the conversation you had with him at the rally, was the fourth conversation.”

“That showed us that he’s not anti-God,” Phil Robertson said.

“Come out of a tough background,” Phil Robertson said, before his son cut him off.

Oh, to have a life so “tough” that your daddy only leaves you with an inheritance worth hundreds of millions of dollars…

What exactly is the “right direction,” anyway? Since taking office, Trump has arguably become more spiteful toward women, more racist, more cruel than ever before. If that’s supposed to be an advertisement for Christianity, count me out.

Then again, Phil Robertson probably sees a kindred spirit. After all, he thinks homosexuality is comparable to bestiality and believes black people were actually happy in the Jim Crow-era South.

If Trump is evolving, then Ken Ham should be taking a victory lap. But Trump isn’t changing at all. He only has a larger-than-ever platform to spew the same vileness and ignorance he was spreading long before 2016.

These men are welcome to equate Trump with Christianity. But if they think they’re doing either one a favor, they’re deeply mistaken. 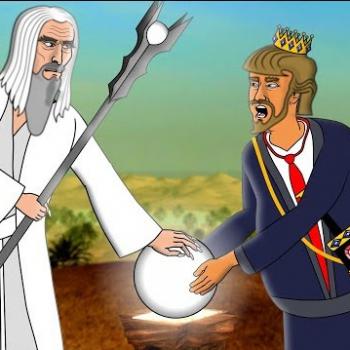 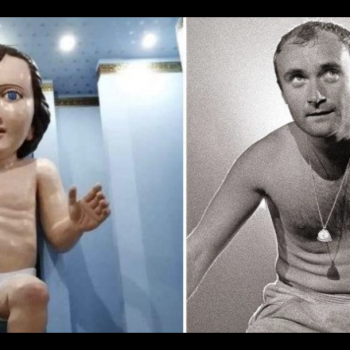 November 22, 2019 A Mexican Church's Giant Baby Jesus Statue Looks Just Like Phil Collins
Browse Our Archives
What Are Your Thoughts?leave a comment