On January 22, the Supreme Court will hear a case (Espinoza v. Montana Department of Revenue) that involves public money going to private religious schools. It could be yet another blow to the wall of separation between church and state.

This past week, a coalition of groups focused on church/state separation filed an amicus brief in support of an earlier decision that benefits everybody.

Here’s the relevant background: In 2015, the Montana legislature passed a bill giving a $150 income tax credit to residents who funded private school scholarships. If you gave the schools some money, the state would, in essence, reward you for it.

It sounded fine until you realized most of those private schools were religious. So the government was really just rewarding people for giving money to a religious school even if the law was theoretically secular.

The argument against this line of thinking was that a tax credit wasn’t really “public funds,” and the donations were ultimately helping students, not the religious schools.

Both defenses were weak. The government was effectively, albeit indirectly, subsidizing tuition at religious schools. Even if the scholarships were for students, the schools received a benefit from being able to offer those scholarships since they enticed more people to possibly go there.

The Montana Supreme Court thankfully saw through those pathetic arguments. In December, they voted 5-2 to strike down the 2015 law.

That didn’t sit well with the supporters of the “money-laundering scheme,” as Americans United for Separation of Church and State phrased it. The critics argued that this tax credit was merely an extension of the U.S. Supreme Court’s Trinity Lutheran case in which the justices said religious institutions could be eligible for taxpayer-funded grants offered by the state as long as they were for a secular purpose. If the Montana law was secular, they said, why should people who want to donate to religious private schools not be eligible for the tax benefits?

Americans United said the answer was simple: They weren’t making a donation that went for a secular purpose: The “religious schools in Montana require students to take religious classes that indoctrinate the students in the schools’ faiths.” (Unlike Trinity, the money wasn’t going toward a new playground.)

On the flip side, plaintiffs like Kendra Espinoza said that without the tax credit, her daughters couldn’t get a scholarship to a private school: “The court’s ruling discriminates against religious families and every Montana child who is counting on these scholarships.”

That was a lie. Of course her kids could get a scholarship. Religious schools could continue to offer them and donors could always fund them. They just shouldn’t be getting a reward from the government for doing so — that’s what this case was about.

In June, the Supreme Court chose to take up this case themselves.

They will get to decide if the Montana Supreme Court violated the U.S. Constitution by blocking a neutral-on-the-surface program just because it benefitted religious schools. The conservatives are claiming it’s a form of religious discrimination, but remember that scrapping the whole program (which Montana did) is much different than preventing money from flowing to religious schools.

As Rob Boston of Americans United put it this summer, “the fate of public education and church-state separation may hang in the balance.” If the Supreme Court overturns this decision, we could expect a lot more taxpayer money going to religious private schools — a move that would hurt public school funding. It’s the sort of move that Education Secretary Betsy DeVos dreams about when she’s not busy screwing over the American public.

That brings us to this week. A coalition of atheist groups including the Freedom From Religion Foundation, Center for Inquiry, American Atheists, and the American Humanist Association filed a brief explaining why the Montana Supreme Court’s ruling should be affirmed rather than rejected. Another coalition that includes the ACLU, Americans United, and Interfaith Alliance filed their own brief saying the same thing.

The atheists’ brief basically argues that Montana was right to strike down the voucher program because it violated the state constitution. It also says the principle behind those “No Aid Clauses” — which say public money shouldn’t fund private religion — have been around since the nation’s founding and we don’t want the government undermining that. By letting taxpayer money benefit religious schools, the government is essentially regulating religious schools. In other words, they shouldn’t want this either!

Montana’s neo-voucher program violated the religious freedom of every Montana citizen. The Montana Supreme Court righted this wrong. Citizens of every religion and of no religion were coerced into subsidizing religious education with which they fundamentally disagree. This is, as Jefferson wrote, “sinful and tyrannical.” This Court should allow Montana’s decision not to subsidize private education to stand. The Montana Constitution prohibits this use in simple, straightforward terms, and this interpretation is consistent with fundamental principles of religious liberty and the First Amendment.

… Let the faithful voluntarily support their faith and their religious schools. To involve the state in such decisions violates the religious liberty of all.

The other church/state separation groups argue that the Trinity Lutheran doesn’t open the door to overturning the Montana court’s ruling, letting the decision stand wouldn’t hurt anybody, and it’s longstanding tradition to block public financing of religious education. Overturning the decision would violate the Supreme Court’s own stated desire to respect precedent.

What is more, it would be especially inappropriate here for the Court to abandon its many decades of decisions that have rejected arguments for a right to funding of religious education on an equal basis with private secular education, because the Montana Supreme Court’s decision — which struck down the entire program at issue — does not result in any discrimination between religious and secular private education. Indeed, because the decision below has no discriminatory effect, the Court should consider dismissing the petition as improvidently granted.

You can read a number of other amicus briefs, for and against the Montana court’s decision, right here. 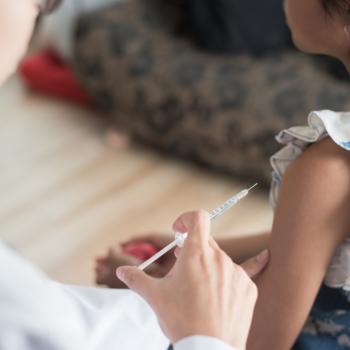 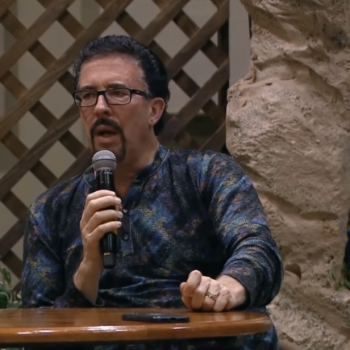 November 19, 2019 Pastor Checks-His-Phone: Christians Can Pray for God to Destroy Trump's Enemies
Browse Our Archives
What Are Your Thoughts?leave a comment