Last year, 18-year-old Maison Hullibarger took his own life. His grieving parents, Jeff and Linda, hoped that a local Catholic priest would be able to offer words of solace during Maison’s funeral.

Instead of doing that, Rev. Don LaCuesta made everything worse. Besides saying the word “suicide” six separate times — even though the family never told him the reason Maison had died — LaCuesta said that the method of his death could block him from getting into Heaven.

LaCuesta probably thought he was just repeating Catholic dogma. The Catechism of the Catholic Church says very clearly that “Suicide is contrary to love for the living God,” though there is some language in there meant to offer leeway to people dealing with mental health issues or suffering that’s out of their control. But using someone’s funeral to chastise his placement in the afterlife was a uniquely despicable thing to do to those in attendance.

It came as a shock in part because the Hullibarger had met with LaCuesta prior to the funeral and said they wanted him to focus on “how Maison lived, not how he died.”

“He was up there condemning our son, pretty much calling him a sinner. He wondered if he had repented enough to make it to heaven. He said ‘suicide’ upwards of six times.

“There were actually a couple of younger boys who were Maison’s age who left the church sobbing,” Jeff Hullibarger said. The bereaved father at one point walked to the pulpit and whispered to the priest, “Father, please stop,” but their pastor continued with statements denouncing the way their son’s life ended, the couple said.

“People told me there was almost a smirk on his face,” Jeff Hullibarger said.

Whether or not that’s true, LaCuesta took a moment that was meant to honor a young man who’s no longer here and made it all about himself. The Archdiocese of Detroit almost immediately announced that LaCuesta would no longer be performing at funerals and that his sermons would be reviewed by another Church leader. The Hullibargers also vowed never to set foot back in the Church. All of that occurred a year ago.

Now they’re taking their concerns to another level.

This week, the Charles E. Boyk Law Offices, LLC filed a lawsuit on behalf of mother Linda Hullibarger. She’s suing LaCuesta, Our Lady of Mt. Carmel Parish, and the Archdiocese of Detroit for roughly $25,000 (plus punitive damages and attorneys’ fees) for the trauma they’ve put her through:

Since her son’s funeral, Linda has suffered and continues to suffer severe and permanent emotional distress, terror, embarrassment, loss of self-esteem, disgrace, humiliation, loss of enjoyment of life, loss of religious faith, difficulty in practicing religion through the church, severe psychological injury and deprivation of earning capacity, and has incurred and will continue to incur expenses for psychological treatment, therapy, and counseling.

I don’t know if the suit has legal merit, or why the father isn’t listed as a plaintiff, but the question is a valid one: Can you sue a Church for the psychological harm it causes? How about after you explicitly tell them not to do that? Does the situation even matter? The family made clear what they wanted, and the Church ignored their requests, further traumatizing them. A mere slap on the wrist to the priest in question doesn’t resolve the problem.

The Church will never correct its mistakes — or modify its own supposedly inflexible dogma — unless there’s serious pressure from the outside. This lawsuit is one way to put that pressure where it belongs. 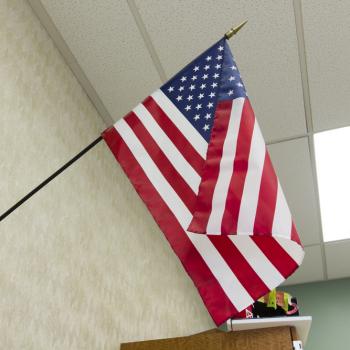