Because FOX News has nothing else to talk about this week, Lou Dobbs of FOX Business Channel had Trump cultist Pastor Robert Jeffress on to discuss the latest controversy involving Amazon.

What controversy, you might be wondering? That’s the right response. There isn’t one. But I’ll take a shot at explaining their theory anyway.

HOLIDAY FICTION?! OMG! AMAZON IS SAYING JESUS IS MADE UP.

That’s it. That’s the controversy. Williams is the Rome Bureau Chief for Breitbart, Breitbart first published this story, and then it traveled to FOX News. I’m sure Breitbart will soon post about the Jeffress segment, and thus, the conservative bullshit cycle will be complete.

In any case, Jeffress made it sound like Amazon head Jeff Bezos personally killed Jesus with that listing.

… Look: Nobody should be surprised that Jeff Bezos and his Amazon/Washington Post Empire can’t tell the difference between fact and fiction…

All of that is just Christian Outrage over nothing.

It’s more like the Amazon algorithm just put children’s books about Christmas in the same “Holiday Fiction” section alongside books featuring the Berenstain Bears, other animals, and Santa. Or — wait for it — it’s possible those were the categories listed by the book’s publisher. (How’s that for a twist?)

If you’re wondering, there is no children’s “Holiday Non-fiction” section. And other books about the Nativity aimed at adults are not categorized as fiction. Just “Christianity” and the like.

All that said, the Nativity story is a myth. Amazon wouldn’t be wrong to categorize it as fiction… but there’s no reason to think that’s what they did here.

By the way, Jeffress didn’t offer any evidence that the Nativity was a “fact,” but he did offer this:

… By the way… we still divide human history AD and BC by the entrance of Christ into the world, and nothing Amazon does is going to negate that tremendous truth.

Jeffress inadvertently showed that the Nativity myth is fiction. If we’re already in the middle of the War on Christmas, whose side is Jeffress on? 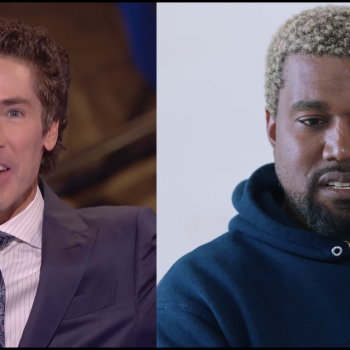 November 16, 2019 After Death Threats, Drag Queen Story Time Event Cancelled in West Virginia
Browse Our Archives
What Are Your Thoughts?leave a comment