MAGA Cultist: Because of Trump, Women Are “Truly Equal for the First Time Ever” November 14, 2019 Megan H

MAGA Cultist: Because of Trump, Women Are “Truly Equal for the First Time Ever”

Who needs the Equal Rights Amendment?

Gina Loudon, co-chair of Women for Trump 2020, said in an interview with right-wing host Bill Mitchell that Donald Trump has done so much for women, they are “truly equal for the first time ever.”

Gina Loudon claims that, thanks to Trump, women "are truly equal for the first time ever." pic.twitter.com/9HWj1xzvXi

… We are truly equal for the first time ever. And we have to re-elect this president in 2020.

I suppose he gets some credit for inspiring the Women’s March.

Loudon, on the other hand, doesn’t care about any of the ways he’s actively hurt women before or during his time in office. She doesn’t care about the reactions he’s inspired in many women, especially women of color. She’s too busy stroking his ego to consider the way he might be making life worse for women who aren’t her. That sort of tunnel vision isn’t surprising for MAGA cultists, but it’s still appalling for anyone to suggest women are now “equal.” 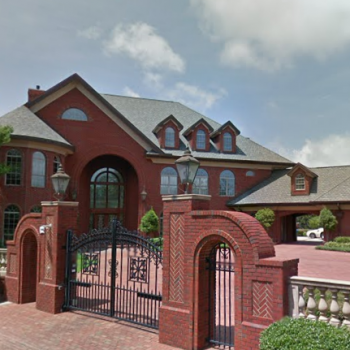 November 14, 2019
Pastor Puts $4.4 Million Mansion Up for Auction After Being Forced to Pay Taxes
Next Post